This August bought 1,023 patents from IBM in August, according to records filed at the US Patent and Trademark Office’s website. This is in addition to the 17,000 patents the Mountain View company has gained once with its recent sealed transaction with Motorola, in the course of which Google has bought off the whole cell phone manufacturer. 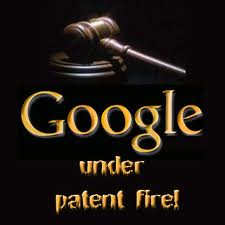 The play here is both technological and strategic in nature. First of all, among these patents there are bound to be important innovative concepts which Google deems fit to launch with its next killer product. Secondly, and part of a more pressing current issue, they’ll use them to battle the current tech giants who seem to have rallied themselves against Google and have repeatedly filled patent infringement law suits. More exactly, these actions have been described as   “hostile, organized campaign against Android by Microsoft, Oracle, Apple and other companies”  by David Drummond, senior VP and chief legal officer, on the Google blog in early August.

Neither IBM or Google have chosen to comment on this recent acquisition, with due reason probably. Silence in the industrial tech war is a commodity big corporations have always wished to seal.

“We’re looking at other ways to reduce the anti-competitive threats against Android by strengthening our own patent portfolio,” he said at the time, and it seems as if the Chocolate Factory really meant it.

Just recently, Google passed a few of its patents to HTC, a major Android-supporting manufacturer, for its incoming patent suit onslaught with Apple.