Getting Things Done with Technology 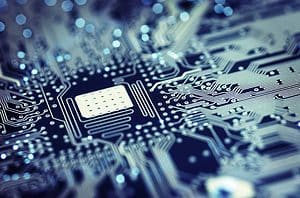 With technology, many things are now simpler and faster to do. It has become one of the few incredible inventions found anywhere in the globe. Communication has also been easier than before. Connecting to people around the globe can only take seconds now.

To know more the latest technological advancements, here are three high-tech gadgets and their uses that you can check out:

Mobile phones are found anywhere today, being one of the many necessities in the business arena and even in a typical workplace. Mobile phones are capable of letting you connect and communicate with anyone at any time. They are not only designed for calling but also sending text messages, emails, running applications and games. What’s even good about mobile phones is that it can also run office applications like PowerPoint presentations, word docs, worksheet, converters, dictionaries, calculators and the likes. This means that a mobile phone owner does not need to purchase all these as separate gadget anymore.

However, it is unfortunate that many buy mobile phones but are not able to utilize them in the right and efficient ways. Some just buy them because such gadgets are prominent. It has become a want, rather than a need. Moreover, mobile phones have hundreds, if not thousands of uses and advantages. One can get things done with a mobile phone in hand, be it finishing projects in school, making appointments, surfing the Internet, making presentation for a meeting and many more.

One of technology’s best gadgets: the laptop/desktop. Laptops and desktops are designed for entertainment, work, school and many more. They are packed with various applications that help users create projects, documents and presentations. It also has features that allow users to record, take pictures, manage files and convert files. With today’s Operating systems, memory capacity, features and applications, projects can now be done 20 times faster than its normal speed rate. Surfing the Internet also started with laptops and desktops. Since the inception of the Internet and computers, searching and gathering of information has become easier and more convenient.

With the capacity of modern-day gadgets, making documents and operating devices are simpler and basically entails lesser budget. This is because companies do not need to regularly pay workers who will be assigned to manually operate such devices. They only need to connect the devices to a computer and program its system.