Five Unique Ways to Use the iPad

People are starting to find unique and creative ways to maximize the iPad to its full potential. This article lists down five of them. 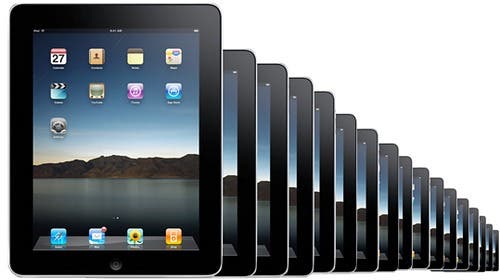 While most people buy and use the iPad for basic functions like web browsing, reading, playing games, watching videos, and listening to music, people are starting to find unique and creative ways to maximize the Apple manufactured device to its full potential. Take a look at five of them and hit the comments below to share what you think about them.

Millions of people in the broadcast industry will be forever thankful to Steve Jobs because of this wonder tablet he helped bring into the world. It has provided broadcasters with an electronic, scrolling display of lines, scripts, or spiels on a monitor to assist them whenever they go on camera. With the release of the iPad, the teleprompter instantly became a thing of the past. And even if you don’t belong in the media industry, you can benefit from such a function: you can practice speeches and presentations and do podcasts as well. Some of the apps you can use include Teleprompt+, Prompster Pro, and Best Prompter Pro. No need to invest for expensive teleprompter equipment!

As a digital photo frame

A random feature of the iPad that’s gaining widespread acceptance is its capability to serve as a digital photo frame. To do this, you need to transfer photos on your device or set up existing ones in a playable slideshow within the iPad’s Picture Frame option. It’s that little picture icon appearing alongside the “slide to unlock” prompt whenever you turn your device on. Tap it and then presto – a nice photo frame you can rest on a stand or dock and then placed on your desk at work for a slideshow of your Pomeranian or your boyfriend.

As a musical instrument

Did your band break up? It’s okay, because you still have your iPad to form your one-man band. You can play virtually anything on the iPad – you don’t have to worry about “musical differences” and such. All you have to do is to download or buy the right apps to play with. Different music apps available for the iPad include 3D Drum Kit, Guitar Toolkit, Pianist Pro, Six Strings, Pro Keys, and FunkBox, among others.

Check out the video below which features a performance of the classic song “I’m a Believer” to see how multiple iPads can be used as a full suite of musical instruments: Video.

As a VoIP device

There’s so much stuff nowadays VoIP service providers can do that you can finally give your phone carrier a run for its money. With apps from providers like Skype, RingCentral, and of course, Apple’s native Facetime, all the essential features for communication via WiFi is now merely a touch or swipe away on the iPad. Albeit quality issues with regard to audio and call quality, expect that various services (and ultimately, Apple) will be able to overcome the technological hurdles in a matter of time.

As a GPS navigator

Because of the impressive performance of the iPad’s GPS chip, a lot of people are using their iPads as an in-car navigation system. Advanced features like turn-by-turn voice driven directions, extensive POI (point of interest) files, and high-quality maps can now be enjoyed without having to shell out huge sums of money for an extra device. Apps like the MotionX GPS Drive HD, Co-Pilot Live, Waze, and TomTom Navigator are just some of the excellent car navigation apps available for the iPad.