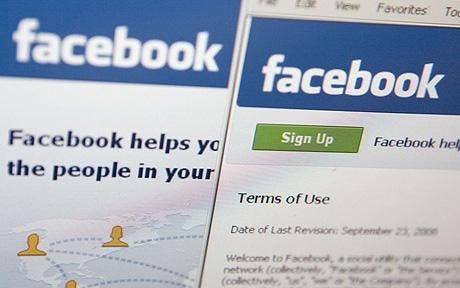 Five days ago, I was checking my email account and noticed that there was a notice from Facebook, titled “Updates to Data Use Policy and Statement of Rights and Responsibilities.” The policy changes cover how Facebook uses data from people who use the social network as well as the terms that oversee how people use the services provided by Facebook.

Many people interpreted the policy changes as a way for Facebook to gain unwarranted access to the stuff posted by people on the network. So, recently, a slew of “I hereby declare” posts by people littered Facebook timelines all over the world, interrupting the usual avalanche of Instagram food pics and status message rants.

While there are actual updates, these do not have anything to do with the fact that Facebook is now a publicly traded company. According to many experts, the terms and conditions you agreed to upon signing up for a Facebook account still hold, and that updates to data use policy and the SRR won’t entail one giving up his or her online data.

Even if they did, however, posting something about it on your wall won’t really affect anything. As long as you’re using the service—remember, it’s free to use, and you’re also free to quit Facebook altogether—you’re subject to the different Terms and Conditions and other site governance policies imposed by Facebook. If you don’t really agree with the policies, there’s no point in clicking “I agree” during account setup. That’s like subscribing to a RingCentral service but you don’t believe in using VoIP, or signing an employment contract you have no intention of honoring.

While few might remember, this hoax has actually already surfaced on Facebook before, during the time when Facebook was set to go public. There was also some other hoax some years back where people posted a “legal notice” on their walls to prevent them for being prosecuted for acts of piracy, since people share stuff all the time via Timelines and private messages on Facebook.

With the Internet containing all sorts of information, you’d think it’s easy to verify if hoaxes like this one actually hold water. Think before you click, as they say—and doing your homework before you join the bandwagon really does wonders, especially on Facebook. Besides, how is it that it’s so easy for many to be up in arms about some policy updates, yet most people likely never even bothered reading the different policies to begin with?

So, the next time you see a bunch of your copy-paste-happy friends post something with “legal matters” such as these, don’t hit the “Share” button so fast—try and think first, or else you’ll look like an absolute buffoon once word gets out that what you posted was just a hoax. Then again, didn’t they say that the biggest lie on the Internet is a user hitting “I agree” or “I accept” when opting in for a particular service? In a way, you can’t really be blamed for believing any hoaxes—especially since, most of the time, policies (and subsequent updates or changes) are so strewn with legalese or complex words that it can be really tough to understand them.