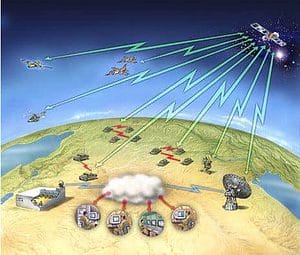 During the last decades, much has been witnessed by the world in so far as development in electronic devices is concerned. As humans look for easier and more convenient ways of doing things, inventions were done. The same is true with communication systems. Before, people only knew about the traditional telephone devices such as desk phones and fax machines. Today, however, there are now newer electronic devices which can be optimized for a better and smoother communication.

Below are some of these sophisticated electronic devices that can definitely make any communication system more advanced.

On the part of businesses, these mobile devices can greatly improve the way they communicate within the business and with the customers. With smartphones, business people, wherever they are, can perform a lot of communication tasks that are usually done inside the office. Some of these are making and receiving calls, sending and receiving fax messages, checking and recording voice messages, and many more.

On the part of the ordinary user, smartphones are very popular because of its numerous features such as Wi-Fi, Bluetooth, high resolution camera, apps, and a lot more. Since wireless connectivity is possible with these devices, users can effortlessly check their social networking sites, their emails, play games anywhere, take pictures, and many more. With these greater functionalities, smartphones definitely deserve to be called “smart”.

One of the reasons for this could be that it is handier than a laptop. Another one is it also has the same features that anyone can find in a laptop. Today, there are numerous companies that make it a policy for their employees to have a tablet. There are businesses such as the manufacturing and distribution of medicines that recognize tablets as a practical electronic device in their work.

Like the smartphones, tablets are also capable of wireless connectivity, sharing of files such as images and music through Bluetooth, making of presentations, and a lot more. Many are purchasing tablets for personal purposes such as entertainment. With a tablet, anyone can visit social networking sites such as Facebook and Twitter. It can also be used to download apps such as games.

With the powerful features of these electronic devices, people can definitely have a more advanced system of communication.