The year 2012 has witnessed many cases of the singular phenomenon of worldwide hysteria that points to the world being destroyed before the year end. The last forecasted doomsday was last December 21, 2012, in line with the prophecies provided by the Mayan calendar. That day came to pass without the planet being destroyed by a storm of meteorites or by tremendous earthquakes and tidal waves, but the prevailing mood got me into thinking: If I would be the only person to survive doomsday, what things would I want to bring with to keep company? 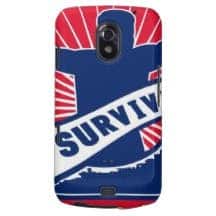 Books would be my first option. After all, in the face of the wreckage that the world has turned into, I would like to be reminded of how the world looks like and how people treat one another. Movies would fit that job description, too, and for that I would need a laptop or a table wherein to play them. So, the next question would be, what gadgets would I like to take with on the way from being saved from world destruction?

An iPhone would be a lovable doomsday companion. In fact, any veritable smartphone would do (a very close competitor would be Samsung’s Galaxy SIII). Well, it’s not as if I’m going to ring up someone or send a document through my RingCentral Internet fax, but it is doomsday so I think it’s but fair for me to enjoy my favorite apps.

A cute app that I can enjoy using my iPhone, and this with a touch of irony is Doomsday Preppers. While I don’t think living underground and designing a multi-level survival bunker would be my idea of a post-apocalyptic scenario, this would just the thing that would effectively kill boredom!

Like what I’ve said before, watching a movie or reading an e-book would be a great pastime during and after the rapture, plus this device packs so much functionality in such small space that it’s almost automatically a must-have during doomsday scenarios. I don’t have to torture myself selecting which books to bring with me or what DVD to stow away before the world is finally engulfed in fire or high water.

Plus tablets boast of a lot of games, and that would be perfect in life lived in eternal solitude. I could listen to music, write poems about missing humankind, or just spend the whole day enjoying my favorite games.

There are not a lot of good reasons going for choosing to have a Lego water bottle for doomsday except that it’s totally cute. Well, it also a good reminder of my childhood days, when the Earth was still good and you have much of a companion in terms of toys. I just hope that I wouldn’t be short of water supply.

Although Playstation 4 won’t be released before my scheduled doomsday, I can be content with having a PS3 for a gaming device. While many would say that this is redundant, especially that I already have am iPhone or a table, nothing can beat gaming experience with a playstation.

These are the gadgets that I would like to have with me if and when the world finally comes to an end and I was luckily saved, though of course I would not want to be alone, the only other voice I can hear is Apple’s Siri.