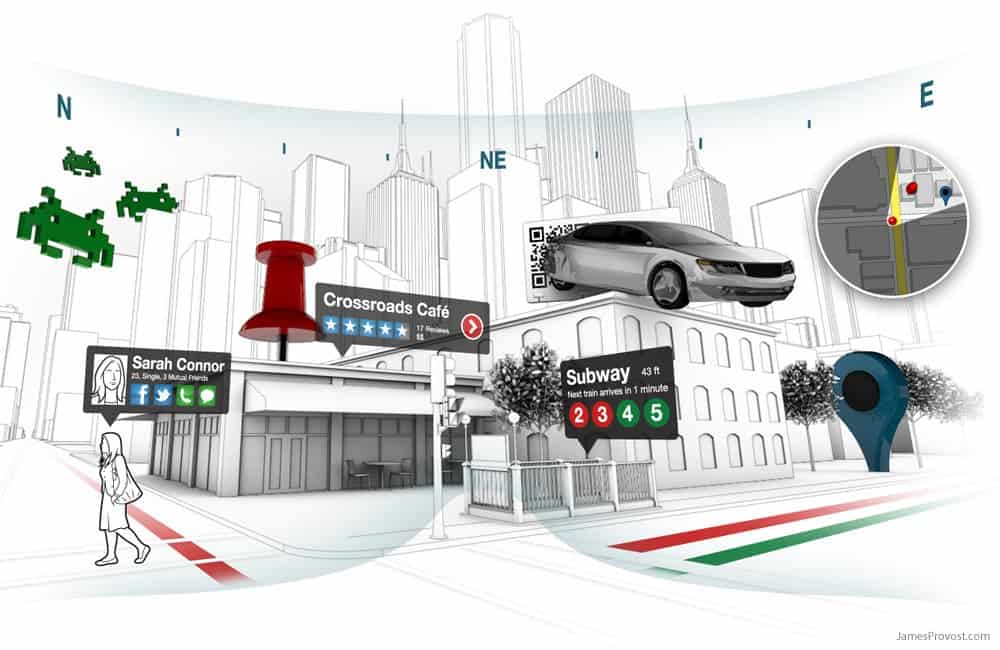 In the middle of the hype for Apple’s WWDC 2013, the biggest names in technology gathered in the Santa Clara Convention Center last week for the fourth Augmented World Expo (formerly the Augmented Reality Expo). CNET calls it “the next big thing in tech”, but what exactly is augmented reality?

The dictionary defines augment as “to make (something already developed or well under way) greater, as in size, extent, or quantity.” From that, we can take the concept of augmented reality, or AR, to refer to the enhanced view of the physical environment thanks to computer-generated input. In contrast to virtual reality, AR doesn’t transport you to a simulated world; it only builds upon the world that you see with naked eyes. If it sounds too mind-boggling, just think of Iron Man’s helmet, which supplies him with all kinds of real-time information, from stats to maps.

Perhaps the most recognized product of AR technology is the Google Glass, a wearable computer with a head-mounted display. This souped-up eyewear functions similar to a smartphone, allowing you to capture images and videos, receive messages and notifications, and lookup directions, among other things. However, Steve Mann, recognized as the pioneer of wearable computing, says that Glass is just the first stage of wearable AR devices. According to Mann, “Google Glass is a third eye off to the side, but what’s coming is a generation of glasses whose information becomes immersed in your reality.”

Meta, a Y Combinator-funded startup, is one of the companies attempting to take AR technology one step further. They recently launched a Kickstarter campaign for Meta 1, a 3D augmented reality headset that actually lets users interact with the virtual world using their hands. Their video demonstrates the possible applications of this hardware/software kit, from allowing shoppers to try on digital versions of clothes before buying to providing architects the tools to manipulate 3D models of their designs. Meron Gribetz, the founder of Meta, claims that they are “architecting the future of interaction…creating the keyboard and mouse of the future”. It’s a lofty goal, but judging by the fact that they’ve already surpassed their funding target, people are excited to see this technology in the market.

Another startup that’s making waves in the AR scene is Atheer. Like Meta, they want to create that digital layer—what could be called the fourth dimension—that people can interact with like they do with their smartphones and tablets, only on a bigger, three-dimensional scale. In the case of Atheer, they’re developing a mobile 3D platform that will run on Android and eventually, other operating systems. Aside from this, they plan to work with other developers on more applications of their platform. CEO Sulieman Itani says that their goal is “to create a portable device you can put in your pocket and the interface is as big as possible.”

The Future of Reality

In his article for CNET, Dan Farber discusses how the technology of wearable computing will be more and more integrated with the human body over time, evolving from glasswear to high-tech contact lenses to bionic eyes. There’s already been a lot of controversy regarding Google Glass, with businesses and lawmakers trying to establish rules for its use. Some have gone to the extent of lobbying to get it banned—and it isn’t even on the market yet. Is the world ready for more technology, especially one that brings us farther from the reality that we know? It’s amazing and exciting to think of, but it’ll have a big consequence on the way we live and how we interact with each other.

What do you think? Are you ready to throw out your keyboard for a virtual one?