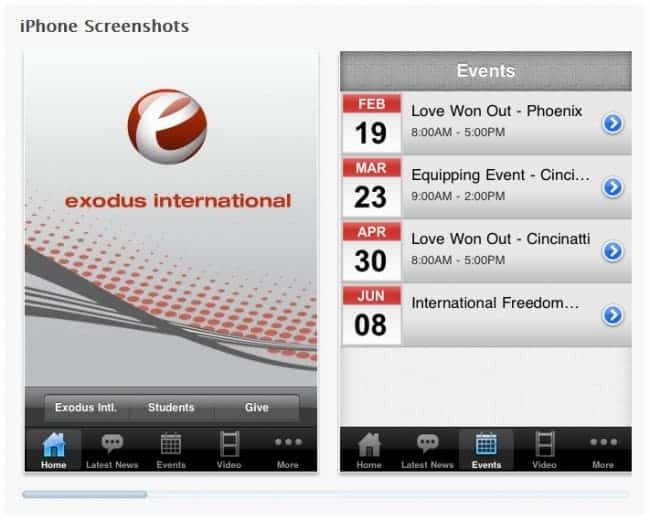 Apple is under heavy fire for allowing a ‘Gay cure’ app from a Christian group that attemps to “cure” people from homosexuality. The app is called Exodus International, and it comes from an organization which describes itself as “the world’s largest ministry to individuals and families impacted by homosexuality”. Yeah, the bible brigade has gone all techy by now.

The app, stating itself as a useful resource for “men, women, parents, students, and ministry leaders” (was about time we had something like this for ministry leaders), but this is where it gets interesting: it has received a 4+ rating from Apple, which means that it’s been found to contain “no objectionable content”.

However, there has been an outburst of negative feedback, and almost 86,000 people have signed a petition on change.org to stop the Apple app.

“No objectionable content? We beg to differ,” reads the petition. “Exodus’ message is hateful and bigoted.”

“If Apple does not respond, we will take steps to ensure that Apple meets with the victims of ex-gay ministries and learns how their lives were destroyed,” TWO executive director Wayne Besen said. “It is astounding that Apple would allow an app from an organization that promotes gay exorcisms, demonizes LGBT people, and is rejected by every respected mental-health association in America.”

It’s absolutely amazing for me to see an app such as ‘Gay Cure’ being approved and supported by Apple – even the name is enough to stop, in my opinion. It will probably going to be shut down however, even though Apple didn’t take an official position on the case.