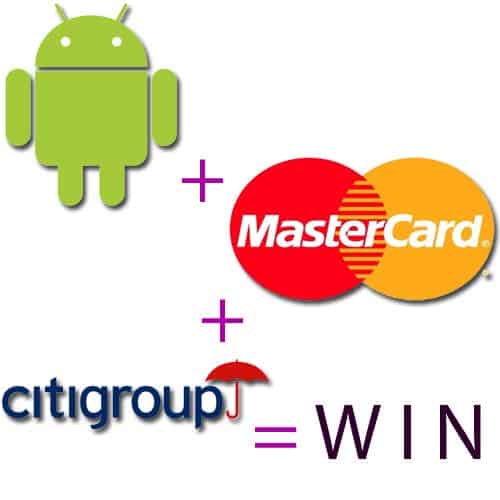 Google is spreading and expanding in pretty much every field it can, and as fast as it can – which is not bad at all, if you ask me. In the latest move they’re planning, they teamed up with MasterCard and Citigroup and plan to allow users of Android phones pay for purchases using ‘near-field communications’ (NFC).

It seems mobile phones and credit cards are being brought closer and closer, a fact confirmed by Orange’s UK plans to use Barclaycard’s technology for mobile phone ‘contactless’ payment and Apple rumours about a similar technology. Of course, after this kind of news, you can definitely expect Google to react – and fast.

This will probably also get us one step closer to ‘El Dorado’ of phone advertising, a way of making mobile phones receive highly targetted offers, discounts, and advertisements. A shopping history combined with location data will go a long way to tailoring this kind of ads, which would be extremely profitable, as well as useful for the user.

But, even in itself, the possibility of paying via phone is absolutely remarkable, and when Mastercard, Google and Citigroup team up together, you know there’s no room for failure.