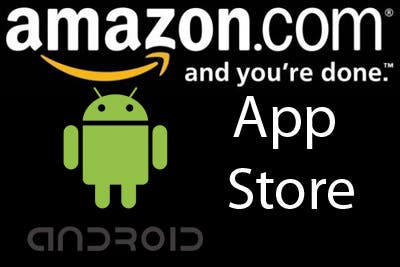 There’s a lot going on this week in the scene. Besides the release of the iPad 2 by apple and the Blackberry Playbook, RIM’s response to the iPad, it seems like the giant online retailer Amazon is entering the mobile applications market with its own marketplace, simply named Amazon App Store like its Apple counterpart, exclusively for Android mobile devices. And now after Apple got sued by Microsoft for trademarking such a broad term like App Store, Apple is suing Amazon in turn for breaching the respective trademark. As usual, it’s a corporate cat and mouse game between industry leaders.

To kick start the launch, the Amazon App Store is giving out Angry Birds Rio, the now infamous app that’s making a killing on the Apple App Store. From what I’ve read so far, the installation process is pretty slow, and those whose carrier is AT&T you might experience difficulties – from what I understand the Amazon App Store it’s completely blocked. Click here to get started by entering your phone number so Amazon can send you the download link and try it out, also it seems like the company is intending on releasing a premium usually paid application for free every day.

Launching an app store may be part of a broader strategy for Amazon, such as entering the tablet market which is growing and growing exponentially. It already has the Kindle with it’s own app store, but the new Amazon App Store might help pave the way for a future Android based Amazon tablet.