5 of the Coolest Tech Gifts for Kids and Teens 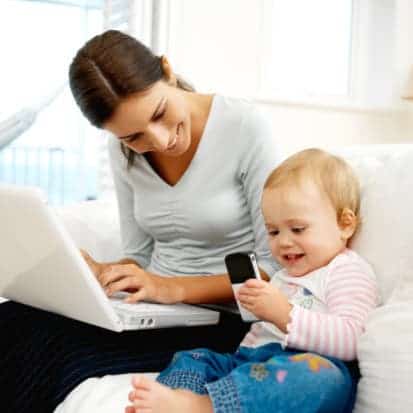 It’s that time of month again when kids draw up their long wish lists for Santa. Why not surprise them this year with some of the coolest tech gifts only a parent’s love can give?  These gifts are perfect for the holidays or for any time of the year you just want to do something cool for your child.

If your kids love creating their own art, then this is an awesome gift for them.  The uDraw Tablet connects to your Xbox, Wii, or PS3 to help children see their own art on a big TV screen.  Using the stylus, touch screen, and bundled uDraw Studio Instant Artist, your kids can stamp, sketch, airbrush, paint, and add contrast and depth to their digital artwork.  They can also play other games using this hands-on gadget—bring storybooks to life in Disney Princess, have fun with the whole family with Pictionary, draw to fight villains in Marvel Super Hero Squad, and more.

If you would like to teach your child a new language or if he loves listening to music or e-books, then this is one of the best gifts for him.  Crayola MyPhones are tailor-fit for children and fully adjustable.  To ensure that your child isn’t exposed to excessive levels of sound, this brightly-colored volume limiting headset or pair of earbuds (you can choose from the two styles) peak at 85 decibels, the maximum recommended level by many auditory health organizations. Earbuds come in four Crayola colors—Blue Berry, Caribbean Green, Cotton Candy, and Purple Pizzazz.

Transform your living room into a Nat Geo jungle.  If you bought your kid an Xbox 360, then grab all eight episodes of Kinect Nat Geo TV. Using gestures and voices, your kids will have to interact with the content of this video game/television program. The immersive experience lets them learn about their natural world by role-playing animals in the wild.  Best part is, older members of the family can play too!  Have loads of fun as grandma turns into a bear or daddy tries to mimic a cougar.  This is definitely a perfect buy not only for curious and inquisitive minds but also for the whole family. Each episode runs for 30 minutes and can be purchased individually for $5.

Everyone must have wished for levitation powers at some point in their respective lives.  Make this wish come true for your kids with MindFlex Duel. Players flex their brain powers with this tech game that can be played alone or with another player.  Using only their powers of concentration, players make a ball float using sheer mindpower to win against an opponent or navigate through individual obstacle courses.  Mind Flex uses EEG technology to “read” the intensity of the brainwaves that are generated when players concentrate.  A headset transmits a signal to a fan within the game console. The more a player concentrates, the stronger the fan blows and the higher the ball floats. Isn’t that beyond awesome?

Now on its 15th year, the Internal Drive (iD) Tech Camp is a summer computer camp recognized as the best technology summer camp and one of the top overall summer camps.  Camps run from a week to two weeks long and span the various tech genres with levels from beginner to advanced.  There’s Web Design for kids interested in web development; Robotics Engineering where kids can use VEX Robotics Design System to create, re-engineer, or fine-tune a robot for battle or LEGO MINDSTORMS Education NXT Base SET and Software to explore the fascinating world of robotics; and Photography courses for those who want to understand the basics and more advanced methods of photography. If your child is more interested in building 3D characters and models, enrol him in a 3D Modeler and Animator course. If his passions lie in film and movies, there’s the Filmmaker course.  Courses are for 7-18 year olds and take place in multiple campuses. Register your child online by December 14, 2012 for the iD Tech Summer Tech Camp 2013 and save $100.

Pick the gift to suit your child and make them feel special.  Any other cool tech gifts you would recommend?