by Mike Davey
in Science, Space
Reading Time: 1 min read
A A
Share on FacebookShare on TwitterSubmit to Reddit 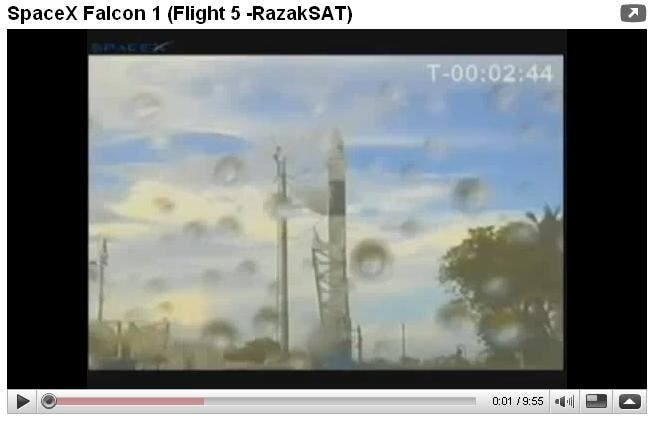 Private company SpaceX has successfully delivered its first payload into orbit. It was the second successful launch for the company, which aims to reduce the cost of reaching orbit by a factor of ten.

The launch took place Monday from Omelek in the Republic of the Marshall Islands, 2,500 miles southwest of Hawaii. The two-stage Falcon 1 rocket carried RazakSAT, a Malaysian satellite that will be used to monitor natural resources.

Later this year, SpaceX plans to make the maiden flight of its larger Falcon 9 vehicle, which has been tapped to carry cargo to the International Space Station starting in 2010.

Mike Davey is a journalist who writes about space exploration, politics, and technology. He lives in Hamilton, Ontario, Canada with his wife and three children. He is also the editor of New Frontier News.