One Year On: NASA, Coolness, and Curiosity

by Contributing Author
in Space

Is space exploration boring? We’ve come a long way since the moon landing and the relatively exciting space race between the United States and the Soviet Union. Back then, the universe was there to be conquered by the superpowers. 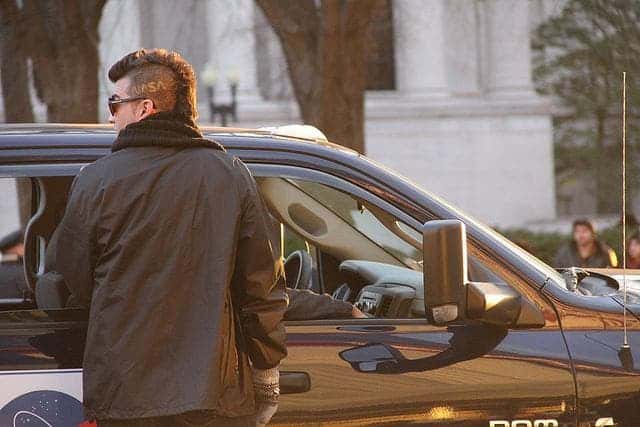 How things have changed.

It’s the 21st century and the Soviets are long gone. The Russian space program is proving successful, but nothing compared to its former 1970s glory. The Chinese are making strides but need time. Most importantly, nobody cares about the moon anymore and a manned mission to Mars seems as far away as ever. Even the space shuttle fleet has gone from being the pinnacle of human endeavour to dust gathering museum pieces.

I’m sure a lot of people remember that classic Simpsons episode entitled ‘Deep Space Homer’. The plot revolves around an American population bored of NASA, science and space exploration. Senior officials at NASA launch a competition to send an “average shmoe” into orbit, in order to improve ratings. Of course, Homer is the choice, causing problems for guest star Buzz Aldrin. NASA loved the episode, and astronaut Edward Lu brought a DVD to the International Space Station, where it remains for entertainment. As ludicrous as the episode was, it did have some very valid points.

Imagine NASA Mission Control in your head, and you’ll probably conjure up images of people (primarily men) wearing boring shirts, mostly blue and white. This was the norm during NASA’s glory days. Take a look at old footage from the moon landing or a film like Apollo 13. Top buttons remained firmly closed, while the huge amount of ties left absolutely nothing to be desired – black, dark blue, navy. The different shades of darkness did match the heavy black rimmed glasses and complimentary headset, but that was it in terms of coordination.

It looks like things are finally starting to change at the beginning of the 21st century’s second decade. When was the last time something interesting happened which revolutionised the field of space exploration? Things certainly looked bleak and immensely disappointing following the space shuttle’s final flight – that looked like a nail in the coffin of the traditional NASA astronaut. It meant there would be even less manned space travel in the future. Finally, in August 2012, we had a positive and groundbreaking space event to discuss. The news of NASA’s Curiosity Rover successfully landing on Mars broke during that first week of August, and social networks have remained buzzing ever since. Why? NASA made this the coolest event in the history of space exploration.

It all began when Bobak Ferdowsi, now known as “Mohawk Guy”, was spotted on the television feed during the rover’s midnight landing on Mars. Sporting a red and black Mohawk with yellow stars added especially for the mission, he could not have been more different to the dull, drab, atrociously boring mission controllers of earlier generations. Twitter afforded Ferdowsi instant celebrity status and he quickly gained 45,000 followers on the website. People were impressed with this new breed of young, casual, yet dynamic NASA employee. Perhaps these are representative of the “average shmoe” The Simpsons sought to portray.

Twitter is indeed an incredibly powerful platform – over 500 million people were using it during the peak of curiosity’s updates, according to statistics. Instantly, everyone knew about “Mohawk Guy”. Now he can’t even walk down the street without somebody basking in his coolness. It isn’t just Ferdowsi though. Oddly, the Rover itself has become cooler than a fridge full of polar bears. Once the successful landing was confirmed, the tweets started to flow, beginning with: ‘I’m safely on the surface of Mars. GALE CRATER I AM IN YOU!!! #MSL‘. Surprisingly, the tweets were and still remain distinctly unscientific and humorous, not really what you’d expect from traditionally boring old NASA.

As more and more systems become operational on the Rover, the tweets continued steadily. “Heads up! No, really. My head’s up. Mast deploy successful. I’m looking around, taking Navcam images #MSL”. Advances in digital technology enabled the Rover to photograph itself, as well as the Martian landscape – a steady stream of incredible imagery is still coming from the vehicle. A funny, ‘easy to understand’ Twitter feed combined with high definition imagery of another planet are very unique indeed, and the Rover gained 980,000 followers during its first two weeks on the red planet.

So, a stylish Bobak Ferdowsi and the Curiosity Rover’s exciting Twitter account have showed the world a young, exciting NASA, breaking free of its horrendously boring image. Some people are struggling to accept this new dawn, however. Just scroll through Curiosity’s Twitter until you get to this post, containing a picture of Mohawk Guy. @MarsCuriosity: This pic from @NASAJPL is good for some lolz: http://twitpic.com/ahgm34. One follower left the comment: @capotej: You are a 2.6 billion dollar rover, you do not say “lolz”.

Curiosity started spaceflight’s transition from boring to cool, revealing a new and hip NASA in the process. Chris Hadfield finished it. The first Canadian to command the International Space Station, Hadfield gained fame across the world for his entertaining Facebook and Twitter posts. He made a music video of David Bowie’s Space Oddity onboard the Space Station, now viewed almost 17 million times on YouTube.

Whether it’s Bobak Ferdowsi’s mohawk in mission control or Chris Hadfield letting loose on his guitar 400 kilometres above the earth, space travel is definitely cool again. Social media has eliminated the barrier of complexity between the public and the astronaut. With an expedition to Mars seemingly on the horizon sometime in the future, it looks like the sky’s the limit. Next time around, instead of curiosity entertaining us on Twitter, maybe it’ll be a real person like Chris Hadfield. A rendition of Space Oddity on the surface of Mars? Now that would be really cool indeed.