Following NASA or SpaceX on social media? You might just win a trip to the rocket launch

If nothing out of the ordinary happens, SpaceX will be the first privately-held company which will send a spacecraft to the International Space Station. 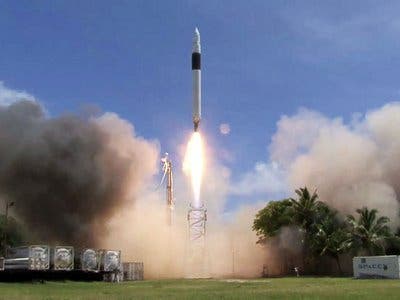 The good thing is that NASA announced that if you follow them or SpaceX on Facebook, Google plus or twitter (NASA and SpaceX, you might have a chance to attend a two-day event which includes the launch of the Falcon 9 rocket. The two day event will be held on 29 and 30 April, and NASA will randomly choose 50 lucky winners.

The registration for the “NASA social event” will open at noon on Thursday and close at noon on Friday, so keep an eye because this is definitely the kind of thing you want to sign up for. Aside from attending the launch, the lucky winners will also get the chance to chat with NASA and SpaceX employees, as well as tour the Kennedy Space Center and make an in depth visit to the launch pad.