Jules Verne On Track For Long Journey To ISS

by Mihai Andrei
in Inventions, Space
Reading Time: 1 min read
A A
Share on FacebookShare on TwitterSubmit to Reddit 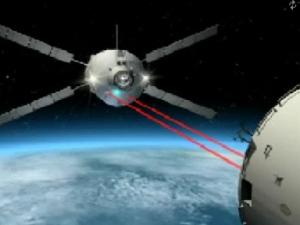 A few days ago, Europe launched an impressive spacecraft, an Automated Transfer Vehicle (or ATV) which is able to transport about 7.6 tonnes of supplies to the International Space Station (ISS). Although it lacks an official name, it was nicknamed “Jules Verne”.

But it appeared to have some minor problems, which have been solved later. Following an overnight recovery operation, Jules Verne ATV’s propulsion system has successfully been restored to full robustness. Since that happened, the spacecraft completed manoeuvers necessary to set up with the ISS.

Flight control and engineering support teams had to accomplish difficult tasks in order to set things straight, probably the most difficult thing being re-integrating an electronics box which drives that part of the propulsion system were up-linked to the spacecraft; they did this from within the control center in Tolouse, France.

The Jules Verne ATV seems prepared and made some manoeuvres necessary for its parking in front of the ISS and it also made a demonstration of the spacecraft’s Collision Avoidance Manoeuvre capability. It remains on schedule for docking with the ISS – 3 April.