Hint: it doesn’t look like a duck, but it lays stars 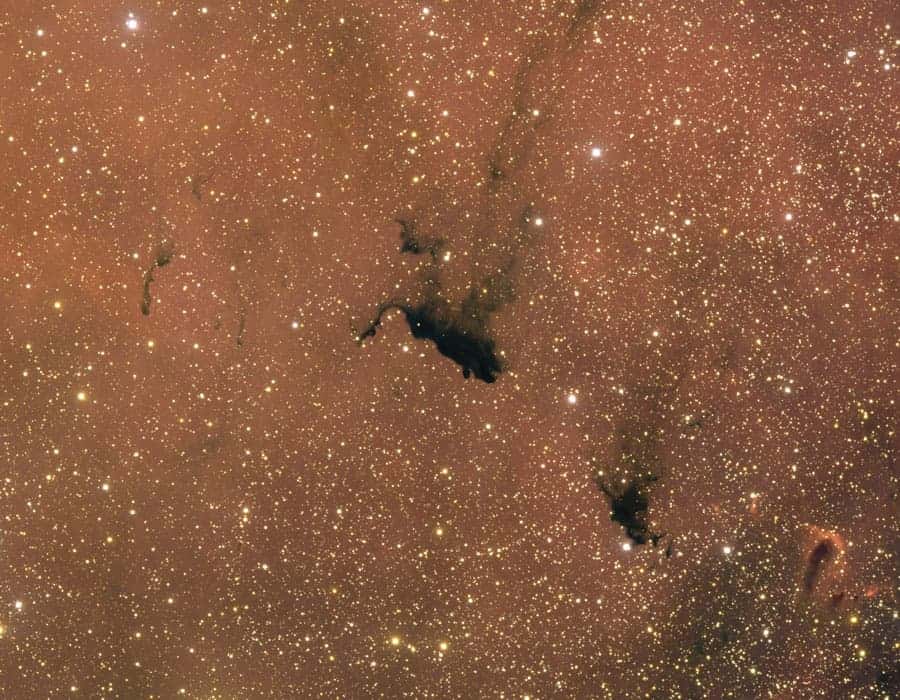 Some may see a duck, most will probably not, but what you are looking at here (in the center of the image) is Barnard 163, a nebula of molecular gas and dust, which is so incredibly thick that even light doesn’t shine through it. Having a ‘wingspan’ measuring a few light years, this galactic duck (sorry, I’ve always wanted to say that) is extremely cold on the outside, creating the perfect conditions where gas can stack up and eventually form stars.

Barnard 163 is about 30.000 light years from our own blue planet, in a constellation awesomely called Cepheus the King, after a mythological Aethiopian king. The constellation has been discovered and described since the 2nd century, when Greek astronomer Ptolemy made a remarkable list of 48 constellations, out of the 88 we know today.