NASA shuttle replica heads out for… New Jersey [with video]

The original orbital prototype replica, the Enterprise was transported over the Hudson river to its destination, a place where no other shuttle has gone before: New Jersey.

Enterprise was brought to its new home, the Intrepid sea, air and space museum. It was placed on a barge and taken to its final resting point, where it will be on permanent display; this is a bittersweet celebration, as NASA is currently unable to make its own flights to the orbit, relying on Russian shuttles, and more recently, on private companies – SpaceX. 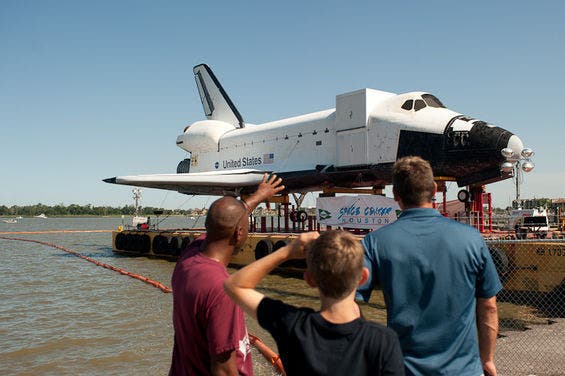 The street party was quite the mixture: it featured exhibits of new technologies and space vehicles that are being developed for the future of space exploration, as well as local marching bands, food, and other types of entertainment.

Former astronaut Steve Oswald was one of the main attractions, as he signed numerous autographs; so if it wasn’t already on your ‘to see list when in New York’, you should definitely add it now: the Intrepid Museum.