Martian Moon May Become a Ring

The larger of the two Martian Moons, Phobos, may break apart and become a ring around the Red Planet, a new study found.

The larger of the two Martian Moons, Phobos, may break apart and become a ring around the Red Planet, a new study found. 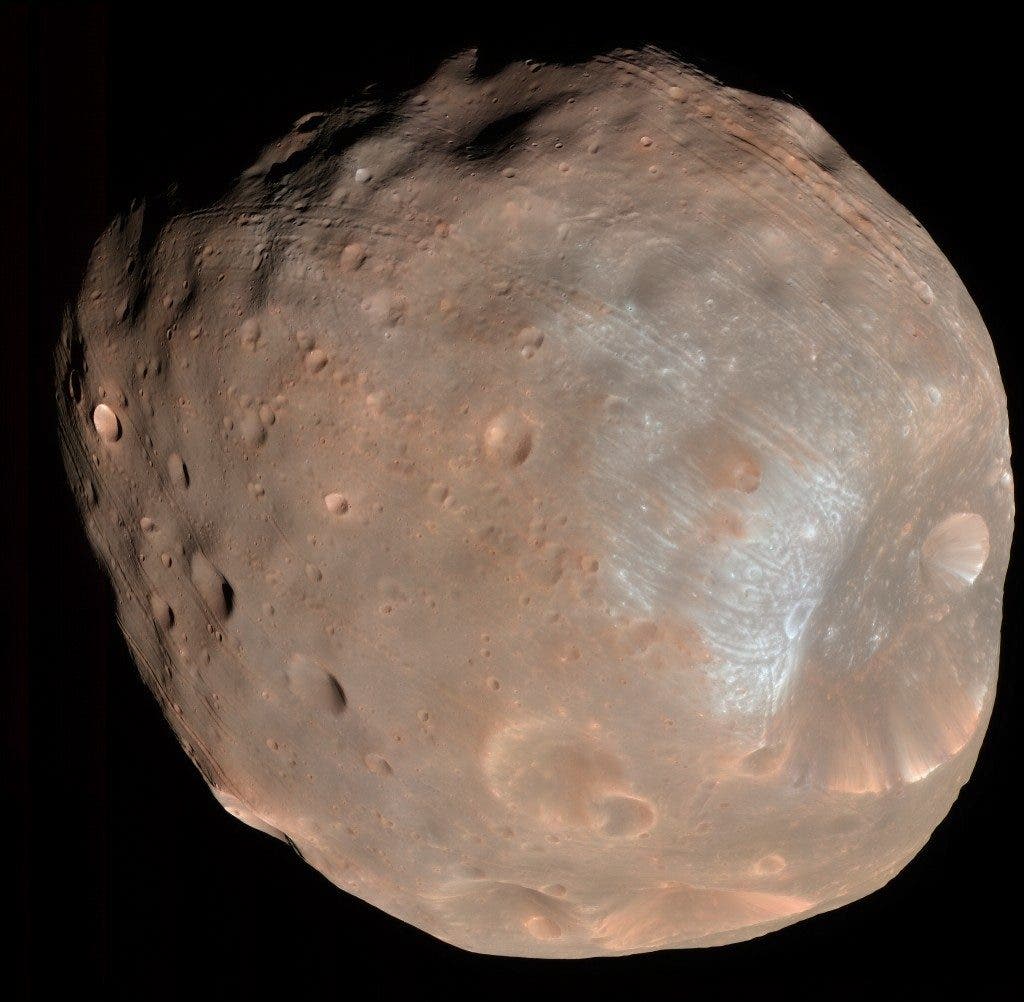 Both of the two moons were discovered in 1877 by American astronomer Asaph Hall, despite their small size. Phobos, the larger of the two, only has a mean radius of about 11 km, while Deimos, its smaller sister, is seven times smaller. Phobos is decelerating its speed by 2 meters every one hundred years, and it is believed that the moon will ultimately disintegrate in under 50 million years. Now, a new study conducted by Benjamin Black and Tushar Mittal at Berkeley University not only but a shorter time frame on that destruction, but also added another interesting twist: Phobos might become a ring around Mars.

The two researchers used observational data and a geotechnical model to calculate the strength of Phobos, and found that much of the moon is composed of weak materials. They predict that these will break apart once sufficient tidal stresses are reached in 20–40 million years. The resulting non-cohesive pieces will disperse to form a ring around Mars that will last for at least 1 million years (and up to 100).

Journal Reference: Benjamin A. Black & Tushar Mittal – The demise of Phobos and development of a Martian ring system. Nature Geoscience(2015)doi:10.1038/ngeo2583