Dwelling inside the gambler’s mind

by EcoBosh
in Mind & Brain, Science
Reading Time: 4 mins read
A A
Share on FacebookShare on TwitterSubmit to Reddit

There’s a lot more to gambling than just luck, and whilst it’s impossible to predict an outcome or utilise a system effectively, the human brain and our emotions have a lot to do with the decisions we make during the gambling process.

Say you slide a coin into a one armed bandit, pull the lever and watch the reels spin. Whilst there’s no way you can predict which of the fruits are going to eventually present themselves once the reels have stopped, we still have that feeling of hope. These kind of machines are programmed to return only about 90% of wagered money, so the chances are high that you lost your money – but what makes us return for more?

The answer lies with neurology . The human brain is invaded by dopamine neurons – these are used to predict future rewards. These neurons struggle to decipher the patterns or determine a solid outcome when you are gambling. Because they can’t get to grips with the machine’s patterns or algorithms produced by a microchip, our dopamine neurons, instead of surrendering, become obsessed. Because the release of dopamine is a ‘feel good’ chemical like serotonin, whenever we pull the lever and win, we experience a rush of pleasure. The end result of our neurons continuously trying to figure a pattern out is that the machine transfixes us and we continue to play. 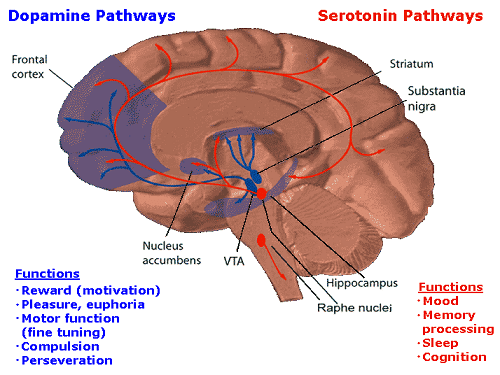 Serotonin and dopamine are both chemicals linked with feeling good, so when these are stimulated through winning and the thrill of the next win, they can influence the decisions you make. Whilst the pragmatic side of you may know you will lose, the feelings induced by winning may over power any pragmatism.
Alcohol also affects the way you gamble. If you mix alcohol with dopamine and serotonin you are creating a mix almost impossible to surrender to should you start winning at the casino. Alcohol creates confidence and gives you a false sense of security about future wins.

Some people are more susceptible to feeling a dopamine rush than others, and as games of chance are designed to take advantage of this cellular pathway inside the brain, some people are more likely to become addicted to gambling than others. Gamblers who experience massive rushes of pleasure from a win are blinded by the fact they are losing money searching for that next win. Casinos have figured out a way to make us almost want to lose money. 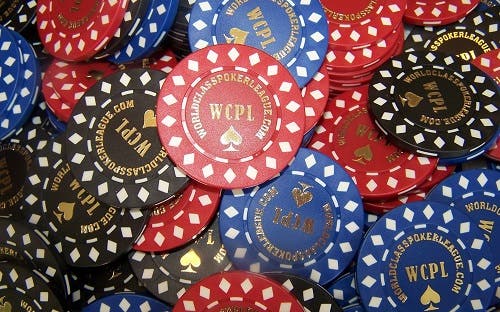 Although it’s the gambler that usually cheats the casino, these establishments use a few psychological tricks on the brains of its visitors.

A casino’s flashing lights and the sounds of clinking money express winning and the joy felt by winning – it’s contagious. Because we possess the need to feel socially normal, experiencing the thrill of winning and being admired by those around you is extremely powerful.

Chips are used instead of real money – this alters the gamblers’ sense of money. Throwing down three £50 chips whilst in the act of an exciting gambling moment becomes just like using three $10 chips.
Casinos always offer complimentary alcoholic drinks and food to keep players gambling, and as I previously mentioned, alcohol can impair judgement as to the chances of winning. The money a casino makes from the gamblers’ loss massively outweighs the cost of the food and drink.

I think it’s safe to say everyone has considered or thought about cheating, especially after hearing about people who’ve cheated millions from a casino. Unfortunately this is nothing but a romantic image only seen in the movies. Although cheating has serious consequences in real life, this doesn’t seem to prevent the interest in gambling cheats.

Past posting is a method used by players after a bet has been made. In roulette, for example, the player will attract the attention of the dealer so they can either switch the winning chips for a higher denomination chip or push their chips to the winning number.

Collusion is a very popular form of cheating, one in which needs two or more people. You often see this used in the movies but it can be picked up on by the casinos. In poker, the two partners signal to each, expressing to each other the values of their cards. A player may have a friend strategically placed as to spy on the other players and then signal their cards.

So the next time you are in the casino or playing online at Gaming Club online casino and find yourself faced with that tricky decision whether to stop or not, take a minute and ask yourself what your brain is really trying to tell you.

Hello im Jay Love my Ecology and Nature. Like to write and spend time in the great outdoors looking forward to travelling and I also love to spin Fire!