The Red Light Forest – Prostitution in the Animal World

For pebbles, meat, or nectar, these animals found that nothing sells quite as well as sex. 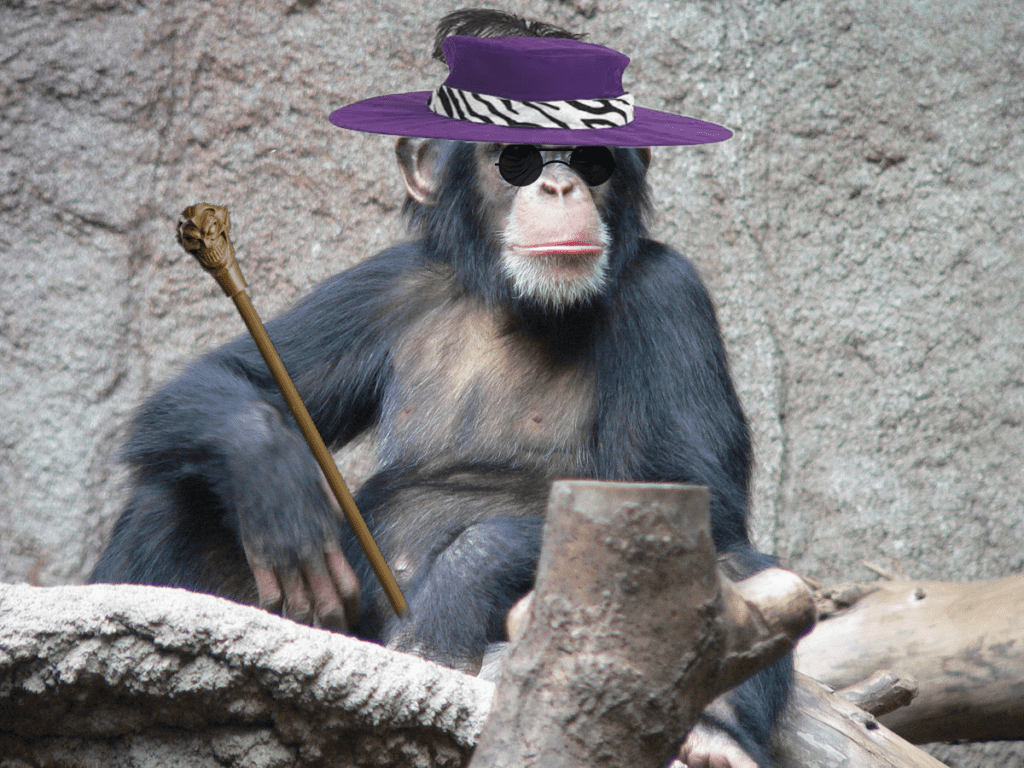 You know what’s awesome? Having sex.

We like it so much that it creeps into every corner of our lives. On a recent drive, I saw a huge billboard advertising a sporting bets website. It struck me as odd because this ad featured a pretty, scantily-clad young woman encouraging me to bet on sports — an activity that easily makes it onto my top 3 not-sexy-things list. Why were the two put together? Why does this lady want me to bet, and why do I feel compelled to do so?

It’s a fact that hasn’t escaped animals, either. All life is programmed to procreate, and sex is a great way to do it. It’s not the only way, but it’s certainly the most fun. Procreation is a very powerful instinct and organisms will go to great lengths to satisfy it — something which some species have learned to leverage to their advantage.

In 2011, scientists inadvertently created prostitution among Capuchin monkeys during an experiment, but the history of monkey prostitution goes back even further.

Back in 2009, Christina Gomes and Christophe Boesch of the Max Planck Institute for Evolutionary Anthropology published a paper in support of the “meat-for-sex” behavior hypotheses in early human society. In a nutshell, the theory holds that the ladies would have been all over the best hunters among our ancestors because they had meat to share. This would benefit the males by providing more mating opportunities while allowing the females a method to widen their diet and intake more calories and nutrients via meat without having to hunt — which is both dangerous and energy intensive.

But since early humans are decidedly scarce, the team tested their theory on chimpanzees.

“Humans and chimpanzees are unusual among primates in that they frequently perform group hunts of mammalian prey and share meat with conspecifics,” the team writes.

Just like humans, chimpanzee males have been observed to share meat with unrelated females, which seems strange from an evolutionary point of view. Hunting is dangerous and draining, so meat has a lot of value — in a sense, meat is expensive. As a species, chimps are also “highly promiscuous, […] have a certain degree of female choice,” and the hunters usually “control the sharing of their catch.”

The team followed a group of wild chimpanzees in the Taï National Park, Côte d’Ivoire, between 2003 and 2006. The group consisted of five adult males and 14 adult females. Out of these 14, eight had been in estrus (in heat) at some point during the study period. As male chimpanzees only copulate with estrous females, the analysis was restricted to pairs formed by these females and the five adult males.

At least one estrous female was present in 64 of the total 90 successful observed hunts, and at least one anestrous female was present during 81 of the hunts. During this time, the team recorded 262 male to female meat transfers. How much and how often each male shared meat with each female varied considerably during the study, meaning each female received a different caloric benefit from each male. A total of 262 copulations were observed during the time the females were in estrus, in at least 30 different pairings.

A female generally didn’t copulate with all the males, and the time they spent with each male varied considerably. Out of the 30 pairs that were observed copulating, in nine cases (30%) the male did not share meat with the female, while in 21 cases (70%) the male shared meat with the female throughout the entire study period. The team accounted for factors such as social status or grooming, but meat sharing still remained a significant factor in mating success.

So while chimpanzees don’t follow the clear-cut “I will pay you this for sex” behavior humans employ, males considerably improved their chances of copulating by sharing meat.

Penguin chicks are all about location

While chimpanzee females trade sex for food, a real-estate shortage is powering Adelie penguin (Pygoscelis adeliae) females’ prostitution. The species builds nests out of the material available on the beaches they use to nest, but because there are so many penguins, there isn’t always enough to go around.

“This material is in the form of small stones used to create a platform on which the female lays her two eggs. Stones are in great demand in the colony and are collected by both males and females from the ground in the area surrounding the breeding group,” write F. M. Hunter and L. S. Davis in their paper.

Adelie penguins mate for life, but certain females have been observed to leave their nest and visit single males that are trying to build their own. There they copulate with the lucky fellows, take a stone, and then scamper off to their own nest. The duo observed ten cases of a female visiting a single male and note that the female is receptive to copulation, and in 8 out of 10 cases the act ended with successful insemination.

They also write that after each attempt at copulation the male dismounts the female who takes a stone then leaves. In 5 out of the 10 cases, the female returned to the lone male to take another stone, but without further copulation. In one case, a female returned no less than 10 times to the extrapair male, taking a pebble each time. The females always returned to their mate after their adventures, depositing the pebble on their nest. The paired males didn’t seem to suspect anything fishy going on, and no extrapair male was observed to try and take the stones back from the females.

Sometimes, however, the females outright trick the males — they take part in the courtship ritual, take a few stones, then leave the male alone. Dr. Fiona Hunter, a researcher in the Zoology Department at Cambridge University, who has spent five years observing the birds’ mating patterns, said that we don’t really understand why this happens.

“The female only takes one or two stones,” she said. “It takes hundreds to build the nest to get their eggs off the ground.”

“I think what they are doing is having copulation for another reason and just taking the stones as well. We don’t know exactly why, but they are using the males.”

One of her theories is that the females are on the look-out for potential future mates, in case they ever need one. Whatever it is that drives them, prostitution is much less widespread among penguin females than their chimpanzee counterparts.

“It’s probably only a few percent,” Dr. Hunter adds. “I was watching opportunistically, so I can’t give an exact figure of how common it really is.”

The humm of love

Being a hummingbird gal ain’t easy. Hummingbirds are fiercely territorial, and males usually have the upper hand. Being heavier and stronger than the females, they command the territories with better overall energetic value — the best turfs with plenty of flowers that produce nectar. The females, on the other hand, are usually forced to make due with less attractive territories — either those that are very large and hard to defend or those that yield less nectar. So, when the going gets tough because of droughts or loss of plants, the females must either make do with limited energy resources or find a way to sponge off of the males’ territory.

Emeritus Professor of Biology at the University of Syracuse Larry Wolf described in a paper in 1975 how the female Purple-throated Carib Hummingbird (Eulumpis jugularis) was observed to use sex to feed off of males’ territory during a time of drought. The specimens he collected during his study showed that because the birds’ mating season wasn’t yet in swing, the males’ testes weren’t yet fully enlarged (1-1,5 mm large in January compared to 6 mm by mid-April) and the females were not yet ready to lay eggs — in other words, there was no reproductive incentive behind the mating.

Wolf described the behavior in 5 steps, labeled A to E. These could all take place or just a number of them, for example straight from A to E. Wolf theorized that birds which wave interacted previously might skip the middle steps.

When a female first attempted to feed in a territory claimed by a male, he would chase her off, constituting stage A. Stage A would see repeated chasings-off of the female, with later-stage flights taking the male further away from his territory for longer periods of time. In stage B, the female would position herself in close proximity to the male with no aggression from him. He who would allow her to feed and would make token shows of dominance by making a “rocking display towards the female, who was usually more than five feet away at the time.” The male would also allow the female to displace him from perches he vigorously defended up to that point.

Stage C included performances by both birds, usually the male, with stage D being copulation. The females were responsive to the act, assuming a horizontal posture with the tail to one side. Wolf notes that up to stage D, the usually dominant males allowed the females to assume dominance, letting them feed on the best flowers and allowing them to perch unimpeded.

Stage E, the postcopulatory period, saw the males either standing a short distance away from the females or flying in circles above them. If the females attempted to feed again, the males would chase them off as soon as they became aware of it. Following the act, the males had re-established their dominance over the females.

It seems to me that these female animals offer sex as a bargaining chip for things they can’t — or would be too difficult to — get for themselves. Be it food or shelter for their eggs, they look to males who have the resources they need and convince them to share by copulating with them. There’s betrayal, role reversal, and debauchery, but in the end everyone gets a meal and some love.

And isn’t that what we all want?