by Mihai Andrei
in Physics, Science ABC
Reading Time: 2 mins read
A A
Share on FacebookShare on TwitterSubmit to Reddit 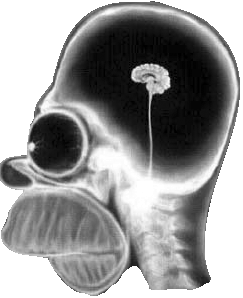 (no science in this picture, it’s just fun)

What are X-rays? You may think you know the answer, but things are a bit more complicated than they seem. In fact, they are a form of electromagnetic radiation, similar to microwaves or radio waves. But X-rays have way more energy than these types of radiation, which makes them special.They are also called Röntgen radiation after one of the first investigators of the X-rays, Wilhelm Conrad Röntgen.

He first described them in 1895, an achievement for which he was awarded the very first Nobel Prize in Physics. During World War I, X-rays were already being used for medical purposes. At that time however, the use of X-rays was very dangerous.

Most of the natural X-rays appear when highly excited atoms decay back to their ground state configuration. X-rays are emitted when a highly energetic beam of charged particles such as electrons is rapidly decelerated. But as you probably know for day to day use, we’re more interested in artificial, man-made X-rays, because they are very helpful; their primary use is in medicine.

A beam of energetic electrons is focused on the target, and to cut a long story short, it determines the damage (or lack of damage) to the skeletal system, as well as some diseases in soft tissue, highlighting what you need to know. However, medical X-rays are a significant source of man-made radiation exposure. In 1987, they accounted for 58% of exposure from man-made sources in the United States. A very important part of medicine today, X-rays have made their mark on our world. It would be a shame not to know anything about them, at least.