by Tibi Puiu
in Physics, Space, Videos
A A

One might think knitting and physics experiments don’t really have much in common, however astronaut  Dr. Don Pettit, currently on mission onboard the International Space Station, would think otherwise. Using an statically charged knitting needle made out of teflon (polytetrafluoroethylene), Pettit fired tiny droplets of water through a syringe towards the needle after which a marvelous display of physics unfolded. The droplets began to orbit around the needle, just like some satellites around a cylindrical planet. Pettit goes on to explain that it doesn’t have anything to do with gravity, but rather the attraction comes as a result of charged forces that exert a potential field.

For a more detailed explenation about the physics behind this, watch the video and pay attention to what Dr. Pettit has to say. Dr. Pettit has his own blog at NASA, where he chronicles various activities he’s implicated in at the ISS, from space walks to simple experiments such as this one. 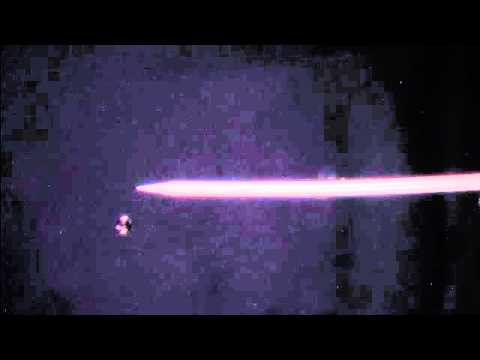