by Mihai Andrei
in Astronomy, Physics
Reading Time: 2 mins read
A A
Share on FacebookShare on TwitterSubmit to Reddit 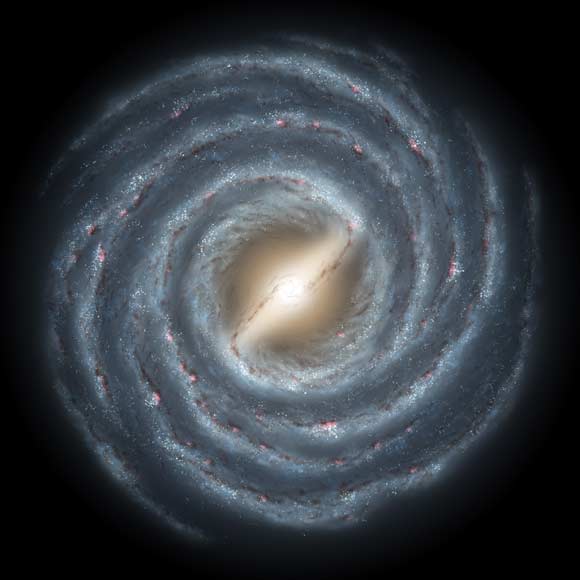 A team of Canadian astronomers at the University of Montreal led by physicist Anthony Moffat has discovered a star whose mass is 100 times bigger than that of the Sun in the southern region of the Milky Way. The biggest discovered star has a mass about 83 times bigger than that of the Sun. The biggest stars are the rarest so this discovery is important.
But there are few things we know about these true giants which have the astounding ability to dispers their matter under the form of solar winds; these solar winds are extremly powerful. The Canadians started this hunt for monsters by directing their telescopes at binary systems where the two stars that form the system gravitate around the same gravity center. They then acted according to the laws Kepler made and tried to estimate the mass of the stars; this assumes studying their trajectories. They were baffled as they found this huge star with an enormous quantity of hydrogen.The star is part of a class of stars named Wolf Rayet; these stars are massive but they often have little hydrogen which means that the powerful solar winds have not ripped the hydrogen layer. This tells us that the star is young. Probably the biggest stars in our universe are a part of this category or at least Anthony Moffat thinks so. He says that he is not going to stop searching the Milky Way; in fact he is going to search The Cloud of Magellan and in these two galaxies he is certain that there is a bigger star just waiting to be found. But the question that rose and has not been answered is what is the mass limit for a star.

For a star to remain coherent it has to have a balance between the gravity which pulls matter into the center and the outside forces which attract the matter. In order to answer this you have to understand the way that stars evolve and how elements are supplied by stars. We are still just begining to understand such things and this journey we have accepted is long and hard but the results are worth it. A milky way map lacks information from some areas but it is being filled by the day.