by Mihai Andrei
in Feature Post, Physics, Space
A A 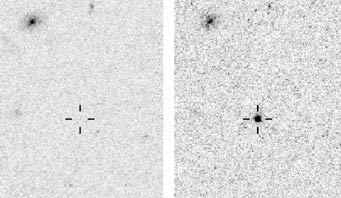 It’s obvious for everybody that more and more interest is being put into space flights, and we’re approaching another era in this field. There’s a good reason why astronauts have it so hard and why they take so many chances; every once in a while, they find something that just bafflesc scientists and that’s impossible to explain, at least at first.

Such was the case with the case published in the Astrophysical Journal, just a few days ago. Scientists reported that they have located an unidentified object, virtually in the middle of nowhere. They actually characterized it using the words “We suggest that the transient may be one of a new class”.

What’s even more surprising is that it also came out of the middle of nowhere, and astrophysicists have no idea how far it is; they know it can’t be closer than 130 light-years and further than 11 billion light-years. The object just wasn’t there before, it is now, and it doesn’t behave in any known way, making us get to this simple conclusion, that they have no idea what it is.

The thing they do know is the fact that it’s not a supernova, and it appeared outside of any known galaxy, in a cluster named CL 1432.5+3332.8 (no, that shouldn’t tell you anything). Hubble noticed a spark which led to this discovery. So if there’s not any dust on the lens, scientists are dealing with something they have no idea about. So there’s nothing to be worried about.