Hyderabad (South India): Man is the maker of his own destiny, say elders. The latest scientific studies on oceans endorse this adage. 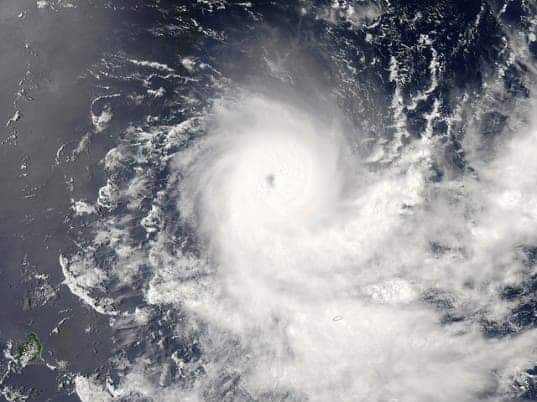 Be it  severe cyclonic storms, significant rainfall reductions, crop damages, mass mortalities and melting of Himalayan glaciers – all these could be prevented, if not minimized to a large extent, if we adopt changes in our urban life styles, researchers claim.

Unchecked use of diesel and burning of biomass has led to spewing out billions of dust particles, forming what is known as “atmospheric brown clouds (ABCs), in the air, affecting the atmospheric and oceanic circulation over the Arabian Sea.

In the multi-institutional study, published recently in the journal “Nature”, scientists of the world famous Scripps Institution of Oceanography (SIO), UC San Diego, who formed part of the study, cautioned against man-made pollution making the Arabian Sea more cyclone intense.

In the last 30 years, increased amounts of airborne particles (aerosols) in South Asia have altered the pattern of the Sun’s heating of the ocean, changing the regional wind patterns and weakening the wind shear, making conditions more favorable for intense tropical cyclone development.

“We’re showing that pollution from human activity, as simple as burning wood or driving a vehicle with a diesel engine, can actually change these massive atmospheric phenomena in a significant way,” said study lead author Amato Evan, an assistant professor in the Department of Environmental Sciences at the University of Virginia. “It underscores the importance of getting a handle on emissions in the region.”

The scientists had also noted a trend of increasingly strong cyclones in the months immediately preceding monsoon season.

They had attributed formation of stronger cyclones in recent years – including storms in 2007 and 2010 that were the first recorded ever to enter the Gulf of Oman – to the ABC phenomenon.

The build-up of the 3-km thick brown cloud over the Arabian Sea has “dimmed” the prospect of ocean warming in the region affecting the seasonal rains in South Asia, study of 30-year data showed.

Category-5 cyclone Gonu with more than 240 KMPH wind speed, made an extremely rare landfall in Iran in 2007, causing more than $4 billion in damage.

Category-4 cyclone Phet in 2010 struck the coastlines of Pakistan and Oman causing nearly $2 billion in damage.

“This study is a striking example of how human actions, on a large enough scale, in this case massive regional air pollution caused by inefficient fuel combustion, can result in unintended consequences,” said Anjuli Bamzai, program director in the National Science Foundation (NSF)’s Division of Atmospheric and Geospace Sciences, which partially funded the research.

“These consequences include highly destructive summer cyclones that were rare or non-existent in this region for 30 or so years ago.”

“The research shows that pollution can threaten humans in unexpected ways. In this case, by reducing wind shear in the Arabian Sea and making conditions more favorable for tropical cyclones to intensify,” added report co-author James Kossin, a climatologist at the NOAA’s National Climatic Data Center.

“The one silver lining is that the atmospheric concentrations of these pollutants can be reduced drastically and quickly using available technologies,” says SIO’s climate and atmospheric scientist DR.Veerabhadran Ramanathan of India who also co-authored the study.

The scientists used findings from direct observations and model studies of ABCs made by Dr.Ramanathan.

The other co-author of the study is Chul “Eddy” Chung of the Gwangju Institute of Science and Technology in South Korea.