The creepy sight was triggered by warming conditions. It should disappear on its own and poses no threat to locals. 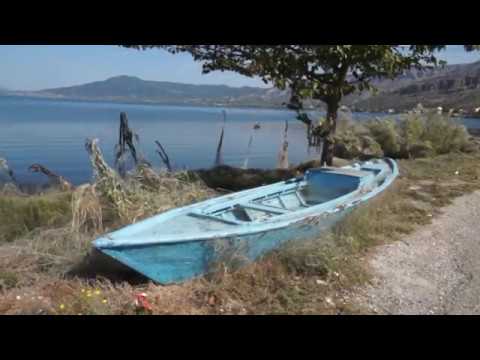 One of the largest spiderwebs ever witnessed was spun across a lagoon in the Greek town of Aitoliko. The eerie 300-meter-long-spiderweb covers an entire shoreline and should disappear naturally.

As you can see in the footage embedded here, everything from trees to shrubs was covered in spiderweb.

the giant spiderweb across a lagoon in the Greek town of Aitoliko is really really really *really* whoa pic.twitter.com/mYwvFnBPHZ

Warmer climate conditions than usual in western Greece likely triggered Tetragnatha spiders to build their large nests for mating. This is usually a seasonal phenomenon, as warm temperature, high humidity, and plentiful food create the ideal conditions for this species to reproduce in large numbers. This year, a sizable increase in the mosquito population is also an important driver for the spiders’ prolific web spinning.

Warmer weather in Western Greece has led to the eerie 300m-long spider-web in Aitoliko. A vast area of greenery is covered by the web. Experts say it is seasonal & caused by Tetragnatha spiders, which can build large nests for mating. RTElyricfm⁩ ⁦@martylyricfm @aaroadwatch pic.twitter.com/MHhqXBv3nE

Spiders in the Tetragnatha genus are found all over the world but mostly occur in the tropics and subtropics. They are commonly called stretch spiders because of their elongated body form. When disturbed they will stretch their front legs forward and the others in the other direction, thus being able to hide on blades of grass or similar elongated substrates. They are able to run over water.

The webbing is a normal occurrence and poses no danger whatsoever to humans, although the sight may look frightening to some. In fact, local people ought to be happy because the event means many pestering mosquitoes will be trapped by the spiders.