As it so often happens, white supremacists are way off the mark.

by Contributing Author
in History, News
A A 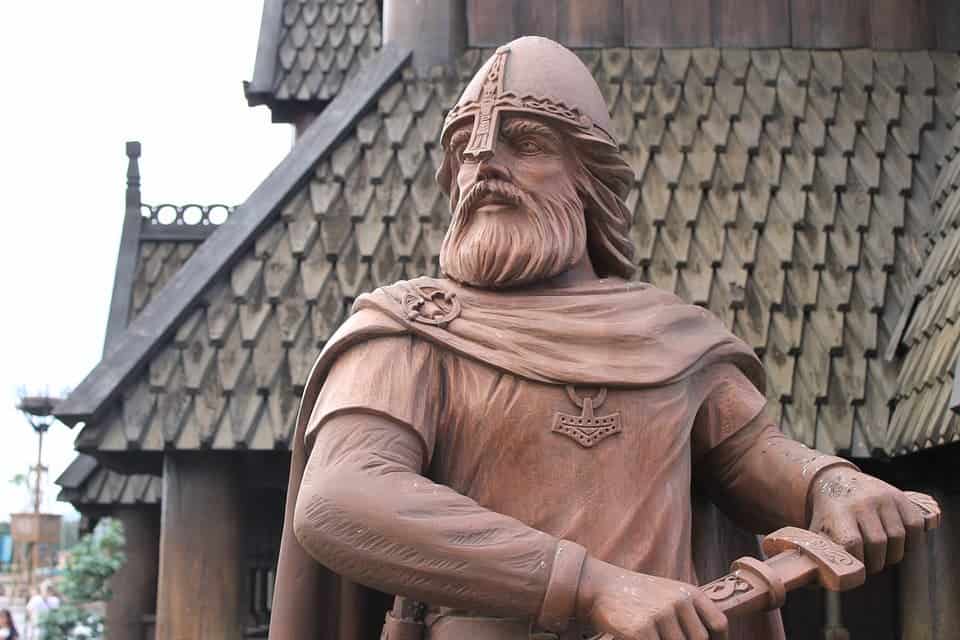 The word “Viking” entered the Modern English language in 1807, at a time of growing nationalism and empire building. In the decades that followed, enduring stereotypes about Vikings developed, such as wearing horned helmets and belonging to a society where only men wielded high status.

During the 19th century, Vikings were praised as prototypes and ancestor figures for European colonists. The idea of a Germanic master race took root, fed by crude scientific theories and nurtured by Nazi ideology in the 1930s. These theories have long been debunked, although the notion of the ethnic purity of the Vikings still seems to have popular appeal – and it is embraced by white supremacists.

In contemporary culture, the word Viking is generally synonymous with Scandinavians from the ninth to the 11th centuries. We often hear terms such as “Viking blood”, “Viking DNA” and “Viking ancestors” – but the medieval term meant something quite different to modern usage. Instead, it defined an activity: “Going a-Viking”. Akin to the modern word pirate, Vikings were defined by their mobility and this did not include the bulk of the Scandinavian population who stayed at home.

The mobility of Vikings led to a fusion of cultures within their ranks and their trade routes would extend from Canada to Afghanistan. A striking feature of the early Vikings’ success was their ability to embrace and adapt from a wide range of cultures, whether that be the Christian Irish in the west or the Muslims of the Abbasid Caliphate in the east.While the modern word Viking came to light in an era of nationalism, the ninth century – when Viking raids ranged beyond the boundaries of modern Europe – was different. The modern nation states of Denmark, Norway and Sweden were still undergoing formation. Local and familial identity were more prized than national allegiances. The terms used to describe Vikings by contemporaries: “wicing”, “rus”, “magi”, “gennti”, “pagani”, “pirati” tend to be non-ethnic. When a term akin to Danes, “danar” is first used in English, it appears as a political label describing a mix of peoples under Viking control.

Developments in archaeology in recent decades have highlighted how people and goods could move over wider distances in the early Middle Ages than we have tended to think. In the eighth century, (before the main period of Viking raiding began), the Baltic was a place where Scandinavians, Frisians, Slavs and Arabic merchants were in frequent contact. It is too simplistic to think of early Viking raids, too, as hit-and-run affairs with ships coming directly from Scandinavia and immediately rushing home again.

Recent archaeological and textual work indicates that Vikings stopped off at numerous places during campaigns (this might be to rest, restock, gather tribute and ransoms, repair equipment and gather intelligence). This allowed more sustained interaction with different peoples. Alliances between Vikings and local peoples are recorded from the 830s and 840s in Britain and Ireland. By the 850s, mixed groups of Gaelic (Gaedhil) and foreign culture (Gaill) were plaguing the Irish countryside.

Written accounts survive from Britain and Ireland condemning or seeking to prevent people from joining the Vikings. And they show Viking war bands were not ethnically exclusive. As with later pirate groups (for example the early modern pirates of the Caribbean), Viking crews would frequently lose members and pick up new recruits as they travelled, combining dissident elements from different backgrounds and cultures.

The cultural and ethnic diversity of the Viking Age is highlighted by finds in furnished graves and silver hoards from the ninth and tenth centuries. In Britain and Ireland, only a small percentage of goods handled by Vikings are Scandinavian in origin or style.

The evidence points to population mobility and acculturation over large distances as a result of Viking Age trade networks.The Galloway hoard, discovered in south-west Scotland in 2014, includes components from Scandinavia, Britain, Ireland, Continental Europe and Turkey. Cultural eclecticism is a feature of Viking finds. An analysis of skeletons at sites linked to Vikings using the latest scientific techniques points to a mix of Scandinavian and non-Scandinavian peoples without clear ethnic distinctions in rank or gender.

The Viking Age was a key period in state formation processes in Northern Europe, and certainly by the 11th and 12th centuries there was a growing interest in defining national identities and developing appropriate origin myths to explain them. This led to a retrospective development in areas settled by Vikings to celebrate their links to Scandinavia and downplay non-Scandinavian elements.

The fact that these myths, when committed to writing, were not accurate accounts is suggested by self-contradictory stories and folklore motifs. For example, medieval legends concerning the foundation of Dublin (Ireland) suggest either a Danish or Norwegian origin to the town (a lot of ink has been spilt over this matter over the years) – and there is a story of three brothers bringing three ships which bears comparison with other origin legends. Ironically, it was the growth of nation states in Europe which would eventually herald the end of the Viking Age.

In the early Viking Age, modern notions of nationalism and ethnicity would have been unrecognisable. Viking culture was eclectic, but there were common features across large areas, including use of Old Norse speech, similar shipping and military technologies, domestic architecture and fashions that combined Scandinavian and non-Scandinavian inspirations.

It can be argued that these markers of identity were more about status and affiliation to long-range trading networks than ethnic symbols. A lot of social display and identity is non-ethnic in character. One might compare this to contemporary international business culture which has adopted English language, the latest computing technologies, common layouts for boardrooms and the donning of Western suits. This is a culture expressed in nearly any country of the world but independently of ethnic identity.

Similarly, Vikings in the 9th and 10th centuries may be better defined more by what they did than by their place of origin or DNA. By dropping the simplistic equation of Scandinavian with Viking, we may better understand what the early Viking Age was about and how Vikings reshaped the foundations of medieval Europe by adapting to different cultures, rather than trying to segregate them.

This article was originally published on The Conversation. Read the original article.