by Mihai Andrei
in Geology, Shorties
Reading Time: 1 min read
A A
Share on FacebookShare on TwitterSubmit to Reddit

I was recently telling you about Mount Etna erupting. But what I didn’t know was that last time it erupted, in 2000, she was really chill, just blowing out smoke rings – an extremely rare phenomena. Seriously, it just looks like some giant or titan is sitting inside blowing smoke rings. 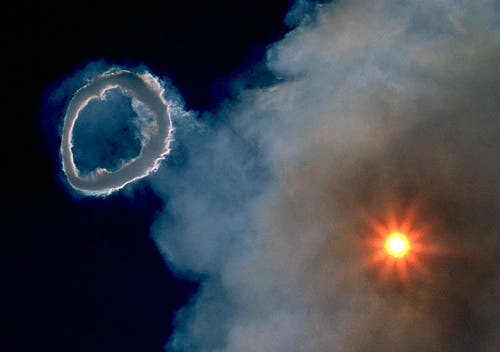 There have only been three three such events ever documented: 2 from Etna in 1970 and 2000, and another from Eyjafjallajokull in Iceland, in May 2010.