The eye of the Sahara

This has got to be one of the strangest places on Earth- – but you couldn’t make much of it if you were just walking by.

It’s located in a rather remote area and the few people who noticed something odd about it didn’t know just how odd it really was. That’s why the 50 km formation didn’t receive much attention until some astronauts made reports about it .

Located in Mauritania, the Eye of the Sahara is not really what you would call a structure, but rather a huge circular formation; it was originally thought to be a crater, but the more recent and accepted theories suggest that it is, in fact, a product of erosion that took place in geological time.

Also known as the Richat Structure, the Eye of the Sahara has been studied by numerous geologists.

“The Richat structure (Sahara, Mauritania) appears as a large dome at least 40 km in diameter within a Late Proterozoic to Ordovician sequence. Erosion has created circular cuestas represented by three nested rings dipping outward from the structure. The center of the structure consists of a limestone-dolomite shelf that encloses a kilometer-scale siliceous breccia and is intruded by basaltic ring dikes, kimberlitic intrusions, and alkaline volcanic rocks” – small excerpt from a paper. 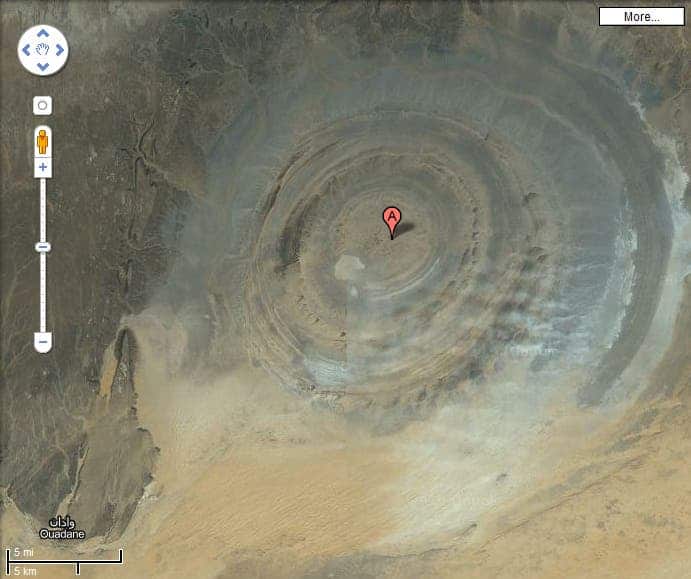