by Contributing Author
in Science
Reading Time: 4 mins read
A A
Share on FacebookShare on TwitterSubmit to Reddit

Genetic health tests have enabled the layman at home to learn more about their genes and discover possible links between their genetic code and some diseases such as cancer. Cancer, an abnormal and uncontrolled growth of cells, is a common disease and the current era has been characterized by a cancer epidemic where the prevalence of cancer seems to be on the increase. This has also spurred much research by pharmaceutical companies to find new cures for the disease.

What is special about Cancer?

Cancer is a special disease because cancers vary from person to person and each individual case is often different. Moreover, not all cancers respond equally well to the same treatment and cures are so hard to develop because cancer tends to have its origin at the genetic level. Furthermore, some treatment modalities for cancer, such as chemotherapy, are unable to distinguish between healthy cells and cancer cells with the consequence that both cell populations, healthy and cancerous, are targeted and killed.

It is indeed difficult to establish what has triggered the increased incidence rate of cancer but pollution, radiation, diet and the wearing down of the ozone layer are thought to be some of the main culprits. As mentioned, cancer also poses a big challenge because its origin may lie within our genetic makeup. Most cancers are due to environmental conditions although some are actually hereditary.

Some cancers appear to be hereditary and to run in families- this accounts to about 10% of all cancers. The remaining 90% of cancers that are not caused by a hereditary gene are referred to as sporadic cancers. Although there is a hereditary component to some cancers, not all cancers are hereditary. For most people, cancer causing genes develop at some point throughout the course of their lifetime. On the other hand, with hereditary cancers the situation is different; people are born with the abnormal gene or cancer-causing mutation which they would have inherited from one or both of their parents. If one parent has the gene, offspring have a 50% of inheriting it. The mutation may be passed down from one generation to the next. However, it is important to note that inheriting the gene does not
necessarily one will develop cancer; Environmental and dietary factors can play a significant role is triggering the cancer-causing gene to begin multiplying abnormally. Also, probability increases if the cancer mutation is inherited from both parents.

Aspects of Lifestyle which can help reduce likelihood of developing cancer

The link between cigarette smoke and lung cancer has been proven by numerous studies. Reducing exposure to cigarette smoke or quitting smoking can hugely mitigate the possibility of developing the diseases. Lung cancer is in fact, the type of cancer that is considered the most “avoidable”.

Breast cancer risk can be lowered through dietary changes, for example avoiding alcohol or at least limiting intake. People who are overweight are also more likely to develop breast cancer – keeping your weight gain under control and regular exercise can help lessen your chances of developing the disease. If genetic predisposition testing shows a high probability of developing breast cancer, regular breast checks and screening become all the more important as early diagnosis is crucial in the effective treatment of cancers. Chances of successful treatment can be adversely affected if cancers have been left untreated for too long, perhaps metastasizing and spreading to other parts of the body. . Because many hereditary cancers have both a genetic and an environmental component, the results of a genetic predisposition DNA test in conjunction with the advice and guidelines over a specialist can help reduce the likelihood of developing the disease.

Prostate cancer is another type of hereditary cancer of which can help prevent the development of the diseases. Important steps include quitting smoking, reducing meat intake (hormones added to the meat are believed to interfere with chemical pathways in the human body), avoiding contact with pesticides, avoiding fried food and dairy products are all steps which can be taken. 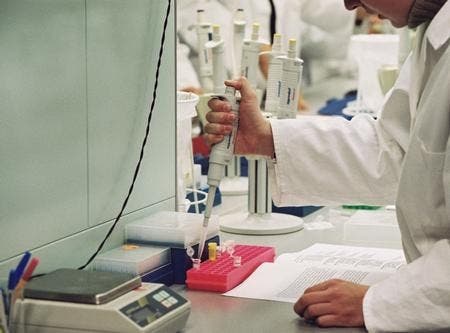 Although cancers may run through the maternal and paternal DNA of families and some people may have a high predisposition to developing the disease, certain small changes in our lifestyles can positively affect one’s life by taking control over aspects that are known to play a role in the development of a particular type of cancer.