Why most people fear snakes 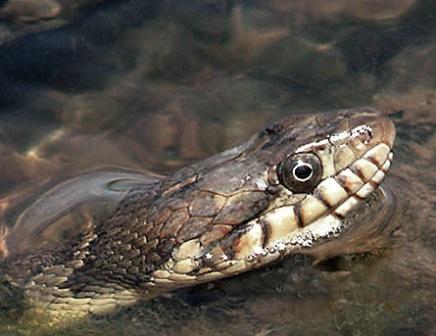 Most people fear snakes, this kind of phobia being one of the most common in the world, although many people have never actually seen a snake. So how can this be? Well a recent study shows that throughout evolutionary time, mankind has learned to fear and avoid snakes (as well as spiders for that matter).

Psychologists found that kids as well as adults could detect images of snakes among a variety of non-threatening objects more quickly than they could find other animals which were in fact more dangerous. Researchers believe this trait helped mankind better adapt to posed threats.

“The idea is that throughout evolutionary history, humans that learned quickly to fear snakes would have been at an advantage to survive and reproduce,” said Vanessa LoBue, a post-doctoral fellow in psychology at the University of Virginia. “Humans who detected the presence of snakes very quickly would have been more likely to pass on their genes.”

While babies and very young children do not usually fear snakes, they are also unable to detect them and the way they sense fear is somewhat differant than that of older humans. Still, this is very interesting to see how genetic can influence our lives now, with these (let’s call them) “reflexes”, tens of thousands of years after they were formed in the first place.