Panaji (Goa-India), Dec 12, 2011: Hunt for finding the hypothetical massive elementary particle, the Higgs boson, popularly known as ‘The God Particle’. Exploring the pulls and pressures among the planets and the dark matter above. Building capacities to explore hitherto lesser known Universe to benefit humanity using science and technology tools through global collaborative efforts. 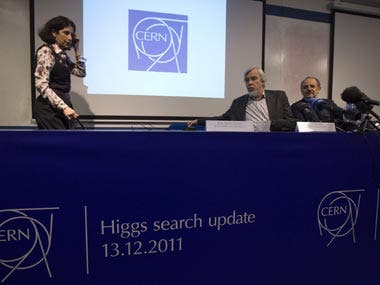 This is what eminent astrophysicists from across the world discuss and share their experiences in the VII International Conference on “Gravity and Cosmology” (ICGC -2011) beginning on December 14 for a week in this Western India’s most sought after international tourist destination.

The two most significant threads running through this conference are to understand the Universe at large – its past and future – and its constitution and the experimental hunt for gravitational waves.

About 250 scientists, a half of them from abroad, will attend the conference. Those from abroad include promising young Indian scientists and researchers, many of whom are eventually expected to return and take up research positions in India, according to Prof. Tejinder Singh.

Most interesting presentation in the conclave would be of Prof. John Ellis (UK), considered one of the world’s most respected particle physicists with more than a 1000 research papers to his credit and closely involved with the theoretical aspects of the Geneva-based Large Hadron Collider (LHC) project and the search for the Higgs particle.

Prof. John Ellis (UK) is likely to spell out the latest news on the LHC project  hunting the elusive primary particle responsible for the weight (Higgs boson) in the universe and what the experiment unfolds about the Cosmos. A three hour long session will be especially devoted to presentations and discussions on the hitherto mysterious Dark Energy.

Prof. James E. Peebles (USA), widely respected as the founding father of Modern Cosmology, will deliver a keynote address reviewing our present understanding of the Cosmos.

Eminent Cosmologist Robert Kirshner (USA), a member of the team associated with this year’s Nobel Prize for Physics for discovery of the acceleration of the Universe will give a first hand description of the discovery and what that implies for theoretical physics.

Prof. Francois Bouchet (Paris), one of the leaders of the PLANCK satellite project which is currently observing the CBR, will present the state of the art and latest findings in this vital subject. The project is looking for fossil records of the early history of the universe by studying the cosmic microwave background

Legendary physicist Prof. Kip Thorne (USA) will present new insights into the understanding of geometry of black holes, and how these insights would be confirmed by the detection of gravitational waves.

Incidentally, Thorne is the co-founder of the Laser Interferometer Gravitational Observatory (LIGO) project which is keen to install a gravitational wave detector in India for which efforts are underway, making India the third country in the world to have such a prestigious astronomical projects, after the USA and Italy.

Prof. Bernard Schutz (Germany) an expert in the study of gravitational waves and India’s eminent cosmologist Prof. Jayant Narlikar are among the other top scientists attending the conclave.

Other astrophysicists Eric Adelberger will review experimental tests of the law of gravitation, whereas Bernard Schutz and Stan Whitcomb will make state of the art presentations on the gravitational wave detection. A three-hour session will be dedicated to gravitational wave astronomy with a global network of detectors.

Priyamvada Natarajan [Yale] will report her new findings on how the first black holes might have formed in the early history of the Universe.

J. Richard Bond [CITA, Canada] and David Wands [Portsmouth] will highlight theoretical studies of the early history of the Universe, and the consequent signatures in observations we can make today.

Over the last few years, remarkable new connections have been discovered between gravity, fluid dynamics and thermodynamics. These will be reported by Gary Horowitz [Santa Barbara], Shiraz Minwalla [TIFR] and T. Padmanabhan [IUCAA].

Abhay Ashtekar [Penn State] and Rafael Sorkin [Perimeter] will review the progress towards obtaining the laws which might relate quantum mechanics to gravity, and help understand the very act of creation. //EOM//

Tags: cosmologygravityhiggs bosonindian conclavetifr
IN THESE TRYING TIMES
Accurate scientific information is more important than ever. We're here to help make sense of it all:
coronavirus and beyond.