by Mihai Andrei
in Astronomy, Offbeat
Reading Time: 1 min read
A A
Share on FacebookShare on TwitterSubmit to Reddit 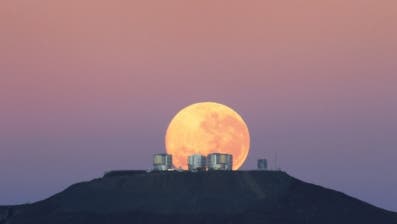 It’s March 19 ladies and gentlemen, so you should probably know by now about tonight’s supermoon; but what makes it so super ? Well, tonight’s full moon will almost coincide with the moon’s arrival at the perigee point – which makes it a supermoon ?

Actually, the moon will be at a greater distance from our planet than it was in 2008, but at the exact moment when it reaches perigee it will be closer – by about 21 miles. So compared to 2008’s supermooon, there will be an extremely small difference, but compared to the usual full moon, it will definitely be a show.

However, in all fairness, it has to be mentioned that in 2008, the supermoon wasn’t visible in North America (at least the moment when the moon turned full wasn’t), because it occured during daytime, when the moon was below the horizon.

So all in all, you should really take advantage of this astronomic event, because a day like today, March 19, will come again only after about 18 years.