by Mihai Andrei
in Books
Reading Time: 2 mins read
A A
Share on FacebookShare on TwitterSubmit to Reddit 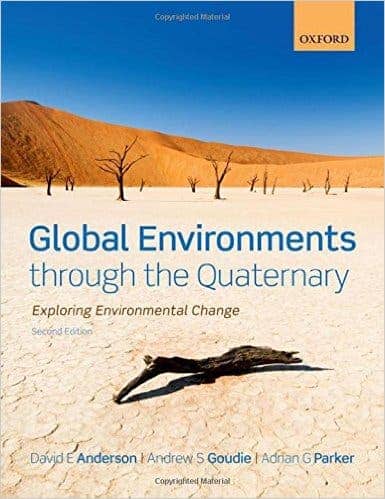 The Quaternary, the last 2.6 million years, has been a time of major changes in our world, and we can still see most of those changes today. Numerous geology books discuss the changes and the environments that shaped the planet during different stages of the Quaternary, but to my knowledge, this is the most thorough and exhaustive book on the topic.

The Quaternary Period follows the Neogene Period and extends to the present. It’s a period characterized by cyclic growth and decay of continental ice sheets, climatic changes, and it’s the period in which we, humans, emerged. There are many things we have an extensive knowledge of in the Quaternary, and there are still many open question marks – this books discusses them extensively.

The authors guide us through the physical phenomena that took place in the Quaternary, outlining the degree of change and the effects associated with these shifts, as well as the different climatic conditions that preceded the Quaternary. Upon reading this book, I felt that everything that needed to be treated was – discussed in detail, easy to understand, without going easy on the actual science. Any earth scientist, from green student to seasoned professor should have something to learn from this book, regardless of background. I’ve done most of my work in geophysics, and I had a very easy time understanding all the chapters.

I also liked the way the work it was structured. It starts with a general framework for understanding environmental change, then moves on to sources of evidence, and then jumps right into it. I felt that the first two introductory books are crucial, and including them adds a lot of value. Then, book examines changes to the physical environment throughout the Quaternary, putting current concerns into perspective, discussing the interactions between natural and human processes. So even for the climate scientists out there, it’s definitely worth giving the book a read – and for the earth scientists, it’s almost an essential reading.

In regards to old edition, this new one adds topics regarding climate change, more in-depth analysis of research methods, as well as review question to aid learning and create some feedback. All in all, Global Environments through the Quaternary is certainly a reference book that should be found on the shelf of every self-respecting geologist.