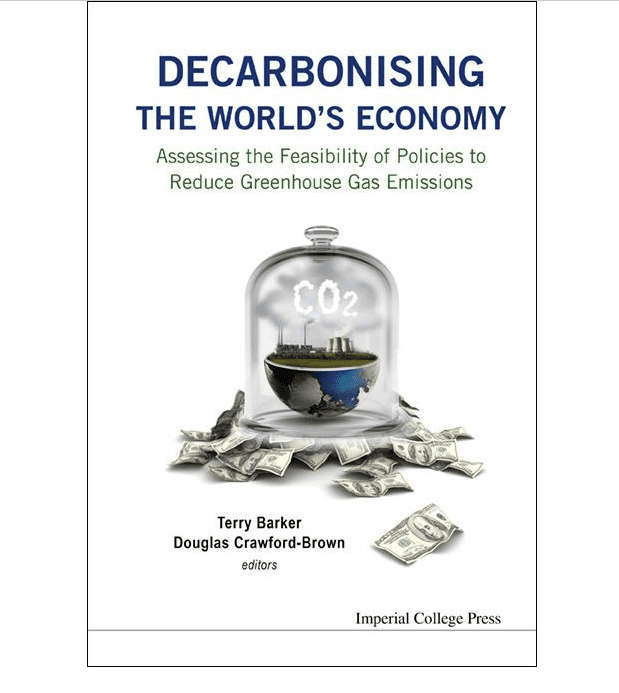 We have to make the transition from a fossil-fuel based economy, to a greener, sustainable economy – but won’t that cause economic downfall? That’s a misconception too often repeated by both the media and policy makers. We can tackle climate change and have a strong economy, we can deal with global warming and help developing nations, and we can reduce our emissions and still maintain a high living standard. This book explains why, and to an extent, how.

Unless something completely unexpected happens, man-caused climate change is the biggest challenge humanity will face in the 21th century, and perhaps even in its history. The greenhouse gas emissions we are emitting into the atmosphere have an endless number of negative consequences. Melting glaciers, rising sea levels, changing weather patterns, heat waves, droughts, forest fires, water shortage, food shortage, ocean acidification, wildlife habitat destruction and many, many more are associated with climate change – and we’re causing it. There’s a scientific consensus that global warming is happening, and that we are causing it – that’s not even debatable if you’re even slightly scientifically literate. So it’s time to man up, take responsibility, and see what we can do to stop doing further damage while maintaining a strong economy. That’s exactly what Decarbonising the World’s Economy discusses.

This interdisciplinary work summarizes the authors’ findings from the past 5 years, all of which indicate one thing: reducing carbon doesn’t mean a weaker economy; on the contrary, if done properly, decarbonisation can lead to a stronger economy. The authors write in the book:

“In this scenario [of a decarbonised economy], which includes revenue recycling and the effects of regulations including associated additional investment, annual GDP is higher by 3.3% by 2050. This figure is purely the result of economic interactions and does not include any possible (and uncertain) benefits of a more stable climate or the co-benefits related to reduced exposure to local air pollution.”

They then move on to explain the reasons why the GDP will increase:

This result clearly contrasts with the range of results produced by CGE models.”

Sure, their claims might be controversial, but every single one is backed up by significant research, and by the end, I found myself convinced of the arguments they were making. After all, it makes sense: it’s a bumpy road, but once you get there, a decarbonised economy has major benefits in the long run.

In terms of readability, I’m not an economist and I found myself easily understanding most of the concepts and analysis presented in the book. Some parts are definitely quite challenging, and if you have zero economical knowledge you might want to open Wikipedia once or twice, but even if you skip those parts entirely and just take their explanations for what they are, you can still get a lot from this book.