The fledgling California company with billions in undisclosed funding held a press conference the other day at CES where it showed to journalists and tech enthusiasts the FFZERO1 -- a high-performance concept car.

by Tibi Puiu
in News, Tech, Technology
A A 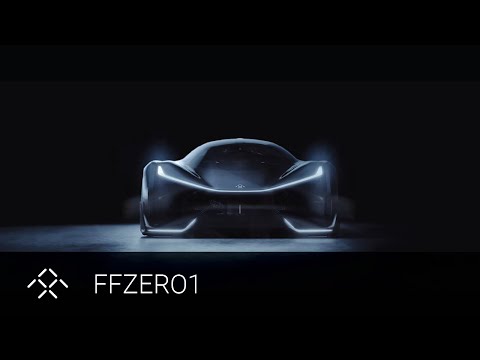 The fledgling California company with billions in undisclosed funding held a press conference the other day at CES where it showed to journalists and tech enthusiasts the FFZERO1 — a high-performance concept car. It looks slick, has 1,000 horsepower, goes 0-60 in under three seconds and a maximum speed of 200mph. Since it’s all electric, it makes less noise than the purr of a cat while it eats up the highway.

Problem is the FFZERO1 ca do this only in videos and virtual reality presentations, which Faraday Future uses to build hype around its brand. Practically, they have nothing to show and years away from building an actual running vehicle, yet some people after seeing this demo actually believe Faraday Future is a serious competitor to Tesla Motors. It’s not.

Faraday Future is a mysterious 18-months old company that’s been quietly hiring loads of highly qualified people from the automotive industry, to AI, to aerospace. Operating from a former Nisan office in L.A., Faraday Future wants a share of the growing EV and autonomous car market. In a couple of weeks, it will start construction of a massive new factory, its first, worth $1 billion in the Nevada desert. The head of R&D,  Nick Sampson, has heard all about how Faraday looks like a Tesla copycat, to which he told The Verge that what they’re trying to do is create “an environment that’s even more creative, even more innovative for people. Many people look at Tesla and think they’ve done it differently than the traditional auto industry — and they have. But there’s other ways and other things we can capitalize on,” he said.

At CES, we were offered a sample of what he meant. It’s called the Variable Platform Architecture: a  modular and flexible platform that allows you, the buyer, to sort of order your own custom car. For instance, if you want more autonomy, four wheel drive and more power, Faraday Future can quickly add more batteries in a stack or electric motors on the drive.

Inside, Faraday’s concept car features a glass roof, a placeholder right in the wheel to mount your smartphone,  the Halo Safety System that supports the driver’s head and neck and even a crazy helmet that feeds the driver oxygen and water (?!). The designers say the car is supposedly littered with sensors that collects data on the driver’s biological signals and data, which are presented on the dashboard.

While it sounds impressive, just like the Edison Electron One, the FFZERO1 will likely never see the light of day. Personally, I’m all for competition and I hope Faraday lives to its hype. But don’t get too exited. At CES, Sampson said the first car will be out “within the next couple years.”