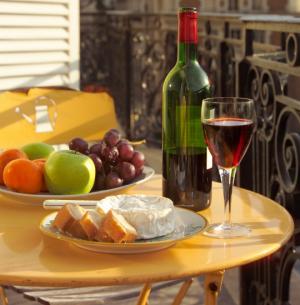 With Chrismas and New Year and other hollydays almost everybody has eaten as much as they can handle. Stakes and other not so healthy foods filled the tables and they just would not go in so well without a glass of wine; make that several glasses of wine. Alas now it is time to make way for some healthier foods and to find a way to get rid of the effects of those foods.

“We suggest a new hypothesis to explain polyphenols,” said Joseph Kanner, senior author of the report. “For the first time, these compounds were demonstrated to prevent significantly the appearance of toxic food derivative compounds in human plasma.”