by Mihai Andrei
in Studies, World Problems
A A 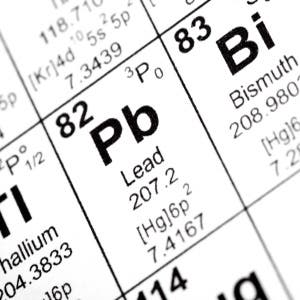 The problems Africa is facing are numerous, and extremely hard to tackle; even worse, other problems appear all the time: lead poisoning has killed 400 Nigerian children since November, according to a report filed by the National Emergency Management Agency (NEMA). The recent study suggests the death tole is on the rising, and the crisis in the Zamfara is unlikely to end in the near future.

Poverty, of course, is the major problem for the people there. Illegal gold mining has reached such “heights” that desperate farmers are digging rocks from mines with their bare hands, unaware of the fact that the ore extracted has extremely high concentrations of lead, that polute the earth, water, and even water.

Lead poisoning, also known as saturnism or plumbism interferes with pretty much all the major organs, causing especially dangerous malfunctions nervous and reproductive systems, as well as the kidneys. Young children and pregnant women are extremely vulnerable to this condition, and even low quantities of lead can lead to irreparable damage, or even death.

“The immature body system of children exposed to contaminated soils and gold processing tools tends to rapidly absorb associated lead and in the process poisoning then leading to convulsion, paralysis and even death,” NEMA Director General, Muhammad Sani-Sidi, said in a statement on March 7.

The report concludes that the lead and even mercury levels in the air were about 500 times the acceptable level, so even if all the mining stops tomorrow, things will not get any better any time soon.