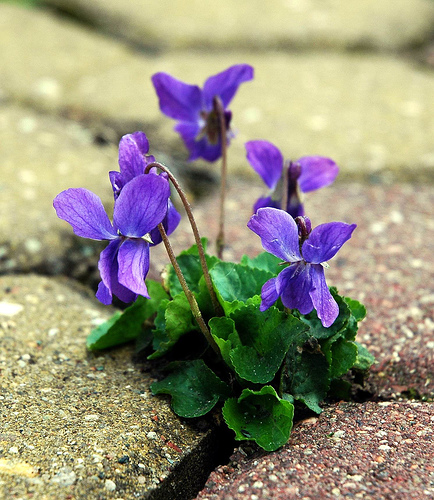 Mankind alteres the balance that nature has and often forces species to evolve quickly to the abrupt changes it brings. A clear and very actual example of this is represented by plants.

As concrete slabs chop up more and more of our urban landscapes, plants are forced to evolve in ways that may not benefit them in the long run, a new study suggests. But it’s not as if they have a choice.

The long term downside is that as a plant’s habitat becomes more and more fragmented, reproduction becomes more difficult. They analyzed how a weed, Crepis sancta, which was in this situation evolved..

Ironically, though the weeds evolved this way because ithe adaptation favored the survival of the isolated population of the species, ultimately it likely only intensifies that isolation by reducing the population’s gene pool, said study author Pierre-Olivier Cheptou of CNRS.