Study shows one in five drivers would fail written test

by Mihai Andrei
in Studies
Reading Time: 1 min read
A A
Share on FacebookShare on TwitterSubmit to Reddit 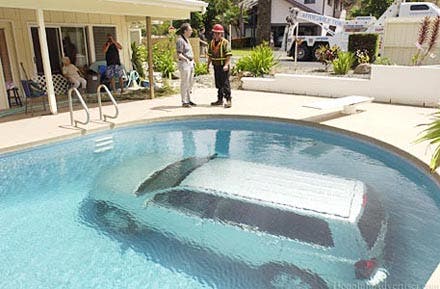 If every driver in the US would be required to take the test today, almost 20% of them would fail, according to results of the 2011 GMAC Insurance National Driver’s Test. That’s 36.9 million American drivers, who technically speaking, shouldn’t be on the road, due to their lack of knowledge. Come to think about it, this isn’t such a big surprise; one might even say that’s an optimistic number, especially if you look around.

An interesting find is that after a few years, New York doesn’t rank last, moving up to 45th place; the District of Columbia now holds this special position. Surprisingly or not, men fared better than women, earning an average score of 80.2 percent, while women recorded 74.1 percent.

What little good news can be drawn from this study is that – shockingly – things improved slightly from last year, but this can always be a statistical error. The study interviewed 5,130 licensed drivers ages 16-65, from 50 states and the District of Columbia.

Everybody can contribute to this study, whether licensed or unlicensed, at GMAC’s Web site, but be prepared – you will have to enter your email and name if you want to see the results.