Smallest Storage Device in the World to Revolutionize Computing Developed

Miniaturization seems to be the buzzword of the 21st century in this global village. 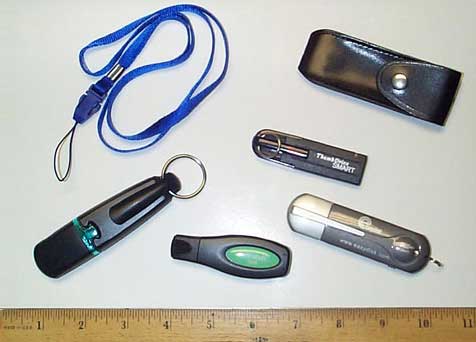 Thanks to the genius of German and American scientists who have pioneered a revolutionary technique that could be used to develop a new class of hard disk drives with nanomaterials which could store larger amounts of information in a tiny space and at the same time consume lesser energy in computing.

“It could take a few more years before the technique leads to new consumer goods. But once perfected, this method could lead to new types of nanomaterials able to store large amounts of information in tiny spaces, and to consume less energy while doing it,” the researchers claimed.

The researchers in Hamburg and California have built the smallest magnetic storage device in the world, signaling a potential breakthrough for computing.

In a paper published Thursday in the journal ‘Science’, researchers from the Institute of Applied Physics at the University of Hamburg in Germany and an IBM research lab in California demonstrated how they could store a bit, the smallest possible piece of digital information, in a set of 12 atoms.

Normally a bit, either a one or zero, in computer terminology, would require about one million atoms in one of today’s smallest silicon-based storage devices. However, In the new technique, only two rows of six iron atoms on a surface of copper nitride are needed.

“We have built up atom-by-atom data storage,” said Andreas Heinrich, manager of the IBM laboratories in Almaden, California, in an interview with Germany’s Deutsche Welle.

Deutsche Welle is Germany’s international broadcaster that produces television, radio and online content in 30 languages. It provides a European perspective to its global audience and promotes intercultural dialogue.

Instead of using normal Ferromagnets made of iron, nickel or cobalt, the new method relies on anti-ferromagnets, which repel those same elements, granting them various magnetic orientations.

Traditionally, the ferromagnetic approach creates a magnetic field which limits how small a device can be shrunk.

But without the presence of this field, the sets of atoms can be configured in any way without such interference, explained Sebastian Loth, a physicist at the Max Planck Department for Structural Dynamics in Hamburg and a researcher at the IBM research lab in California.

“This new memory principle has the potential to revolutionize the computer technology,” he said.

The new result has already impressed other physicists.

“Current magnetic memory architectures are fundamentally limited in how small they can go,” said Will Branford, a physicist at Imperial College London, in an interview with the BBC.

“This work shows that, in principle, data can be stored much more densely using antiferromagnetic bits.”

However, the researchers note that this is just a very early step in creating smaller memory chips.

For the moment, this 12-atom array is only stable at a temperate of -268 degrees Celsius, near absolute zero. Loth said that at the moment the method would need a setup of about 150-200 atoms per bit of information to make it work at room temperature.

“It’s as if we’ve opened a new door into the next room,” Heinrich added. //EOM//