Researchers at the world famous US-based Johns Hopkins University School of Medicine have claimed to have unlocked the “biochemical chain of events” behind maintaining penile erection. They are confident that their discovery in mice with some herbs now underway may lead to new therapies for the suffering male population. 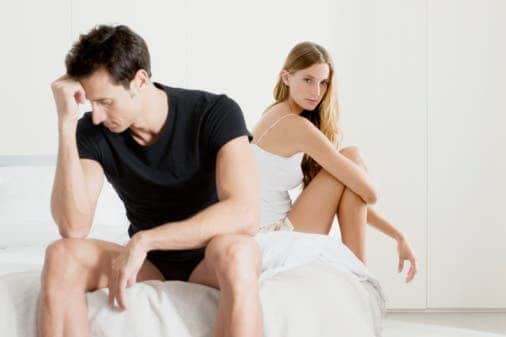 For two decades, scientists have known the biochemical factors that trigger penile erection, but not what’s needed to maintain one – in other words, this research won’t take erectile pills for erectile dysfunction off the market, but it provides valuable information about triggering erections. Now an article by Johns Hopkins researchers, published online recently by the Proceedings of the National Academy of Sciences, uncovers the biochemical chain of events involved in that process.

“We’ve closed a gap in our knowledge,” says Arthur Burnett, M.D., professor of urology at the Johns Hopkins University School of Medicine and senior author of the study. “We knew that the release of the chemical nitric oxide, a neurotransmitter that is produced in nerve tissue, triggers an erection by relaxing muscles that allow blood to fill the penis. We thought that was just the initial stimulus. In our research, we wanted to understand what happens next to enable that erection to be maintained.”

In a study of mice, Burnett and his colleagues found a complex positive feedback loop in the penile nerves that triggers waves of nitric oxide to keep the penis erect. He says they now understand that the nerve impulses that originate from the brain and from physical stimulation are sustained by a cascade of chemicals that are generated during the erection following the initial release of nitric oxide.

“The basic biology of erections at the rodent level is the same as in humans,” he says. The key finding is that after the initial release of nitric oxide, a biochemical process called phosphorylation takes place to continue its release and sustain the erection.

In a landmark study published in the journal Science in 1992, Burnett and his Johns Hopkins co-author, Solomon S. Snyder, M.D., professor of neuroscience (who is also an author on the current study), showed for the first time that nitric oxide is produced in penile tissue. Their study demonstrated the key role of nitric oxide as a neurotransmitter responsible for triggering erections.

“Now, 20 years later, we know that nitric oxide is not just a blip here or there, but instead it initiates a cyclic system that continues to produce waves of the neurotransmitter from the penile nerves,” says Burnett.

With this basic biological information, it may be possible, according to Burnett, to develop new medical approaches to help men with erection problems caused by such factors as diabetes, vascular disease or nerve damage from surgical procedures. Such new approaches could be used to intervene earlier in the arousal process than current medicines approved to treat erectile dysfunction. In particular, Burnett says, ”

The target for new therapies would be the protein kinase A (PKA) phosphorylation of neuronal nitric oxide synthase (nNOS). Now that we know the mechanism for causing the ‘activated’ form of nNOS in penile nerves, we can develop agents that exploit this mechanism to help with erection difficulties.”

One of the agents studied by the researchers was forskolin, an herbal compound that has been used to relax muscle and widen heart vessels. They found that forskolin also ramps up nerves and can help keep nitric oxide flowing to maintain an erection.

“It has been a 20-year journey to complete our understanding of this process,” says Snyder. “Now it may be possible to develop therapies to enhance or facilitate the process.” The new study, “Cyclic AMP Dependent Phosphorylation of Neuronal Nitric Oxide Synthase Mediates Penile Erection,” was funded by the National Institute of Diabetes and Digestive and Kidney Diseases.

In addition to Burnett and Snyder, the study article’s authors are K. Joseph Hurt from the University of Colorado, Sena F. Sezen, Gwen F. Lagoda and Biljana Musicki from Johns Hopkins, and Gerald A. Rameau from Morgan State University.//EOM//