What is concrete: how concrete is made and why it’s so important

Concrete practically surrounds us, but how many of us really know what it is?

by Daniel Faris
in Did you know?, Materials

Concrete practically surrounds us, but how many of us really know what it is? Almost every building project on the planet uses concrete at some point in the process: footings and foundations for homes, office buildings, and highway projects, as well as sidewalks, architectural elements, dams, and skyscrapers. From bridges to swimming pools to highways, concrete has probably been used to construct it. It’s versatile, relatively inexpensive, and it endures under punishing conditions. 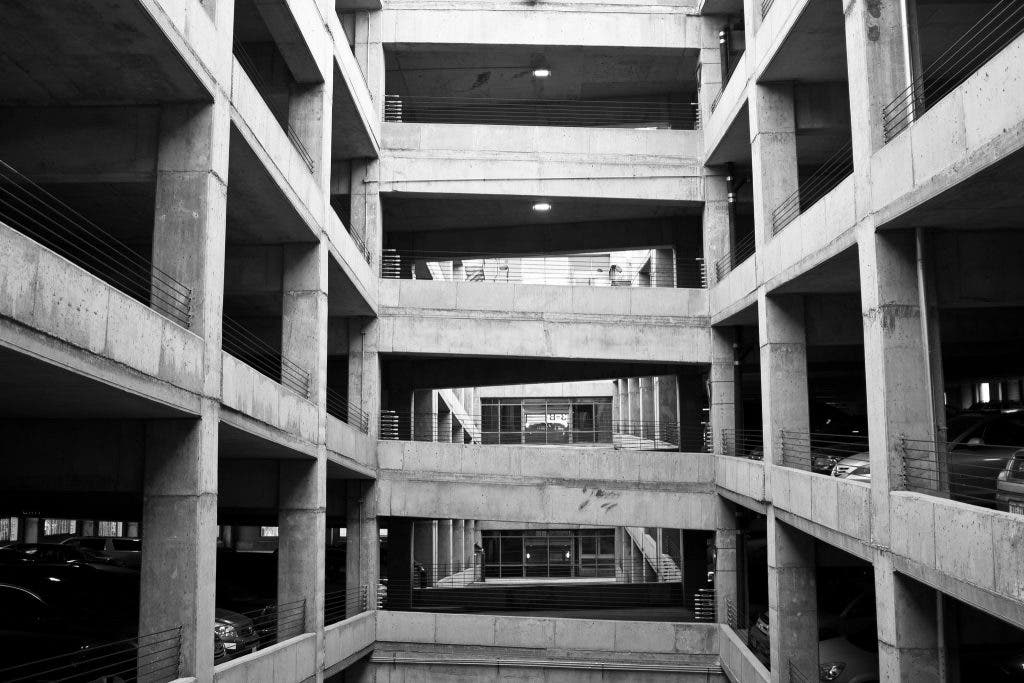 Concrete is the foundation material to mankind’s buildings, streets, and cities going back to Roman times. Yet, it’s not something the average non-construction worker can tell you about without a quick trip to their computer keyboard. So to solve the mystery of today’s concrete, we’ve got to look at its history and its origins.

First of all, the term concrete does not define a specific material—more a mix of them. Cement and broken stone or gravel is mixed with water to form concrete. Basically, a mix of paste and rock that hardens. The magic behind concrete’s great history and vast array of uses comes from its multitude of uses; concrete, as well as cement (think of it as a kind of glue), can be shaped and molded while wet but is incredibly hard, strong and durable after it dries.

The history of concrete

Concrete as a building material is thought to have been used as early as 6500 B.C., beginning in what is now known as Syria and Jordan. Ancient structures, many of which are still standing today, have been identified by most Scholars as being constructed from some form of concrete. The process of mixing sand, gravel, limestone, and water for building materials was used, in one form or another, throughout the ancient world for thousands of years. Babylonians and Assyrians used clay as the mortar or ‘glue’ to keep their rock, gravel, and sand mixtures in place. But it was not until the rise of the Roman Empire that concrete was able to ‘hold its own,’ as it were. The discovery of an ancient form of cement is what first changed the nature of what we now call concrete.

The metamorphosis of a pliable substance into one that a civilization could be built upon is what first fascinated the Romans in the early 1st Century. The Parthenon and the Colosseum were both constructed using Roman concrete and are still partially standing to this day. But Roman engineers did not merely improve upon the ancient mixture—sometimes called ‘Liquid Stone’—they created what would become the most widely used man-made building material in the modern world.

The Romans found magic in a volcano known as Campi Flegrei, near the town of Pozzuoli, Italy. Specifically, a magic volcanic dust that turned to stone when it touched water. This ‘magic’ dust was known as ‘Pozzolana’ and was a construction miracle for the Roman world.

As it turns out, Pozzolana—Italian volcanic ash—is the perfect mixture of silica oxides and lime, which, when mixed with water is the basis for what we now call cement. It has been speculated that ancient Roman engineers observed the hardening of volcanic materials when it entered the sea and wondered if the process could be re-created in the building process. As a result, concrete and the Roman building boom was born.

The weight-bearing abilities and pure durability of concrete made it the material of choice for many ancient builders, who used it to construct baths, piers, and harbors for the Romans. However, when the Roman Empire fell in the 5th Century A.D., knowledge of concrete fell with it. Concrete making was lost to history for more than a thousand years—out of use and out of mind until the 19th Century. An Englishman named Joseph Aspdin rediscovered concrete and patented it as Portland Cement in 1824. Mr. Aspdin’s patented cement still makes up the majority of what we call grout, mortar, and stucco in today’s buildings.

How concrete is made

Making concrete isn’t that different from one of children’s favorite pastimes: making stuff out of mud using molds, then left to dry in the sun. No skyscrapper ever could be made out of mud, of course, so there must be more to it.

Essentially, concrete is made by mixing two essential components: aggregates and paste. In the composition of modern concrete, there are various materials that are used by the industry as aggregates. These include sand, gravel or crushed stone. The particle size of the aggregates can matter a lot, depending on the type of construction. Fine aggregate is considered anything with particles smaller than 0.2 inches (5 millimeters), while coarse aggregates can be as large as 1.5 inches (38 millimeters).

The paste is most of the time cement — a mix of limestone, clay, gypsum and various other minerals or chemicals.

Aggregates and paste need to mixed in the right proportion if we’re to make strong and durable concrete. If you don’t put enough paste, then the concrete will have too many voids between aggregates (porous concrete and rough surface). Excess cement will always produce a nice, smooth surface but this can crack more easily and can become costly.

After the material have been appropriately proportioned, water is added in the right amount. The water-cement ratio is the weight of the mixing water divided by the weight of the cement. A chemical process called hydration is initiated. During this reaction, each cement particle forms a node that grows, linking up with other cement particles or adhering to nearby aggregates.

When the resulting mixture dries, it forms a solid stonelike mass. The best concrete has a low water-cement ratio. Engineers play with this ratio until they reach a soft spot between quality and fresh concrete workability.

Typically, the industry uses a mix that looks like this: cement (10 to 15 percent), aggregate (60 to 75 percent) and water (15 to 20 percent). Air is an inevitable component of concrete and makes-up 5 to 8 percent.

The main ingredients in Portland cement—the literal mortar of the modern world—are calcium silicates, formed when limestone and clay are mixed and heated to over 1,000 degrees Fahrenheit. Chemically, roughly the same formula that created ‘Pozzolana’ inside the Campi Flegrei volcano centuries before.

The trick is in remembering that cement is not the same as concrete. In the many years since 1824, the construction industry has tweaked, improved, and expanded the formula for making concrete with a mountain of additives and processes, but cement is still the glue that holds everything together.

Today’s concrete, with cement as one of its main components, is able to support huge amounts of weight without crumbling. It has compressive strength. Concrete is limited however, when it comes to tensile strength—the ability to bend. Concrete breaks when it bends. That’s a big problem when building bridges, dams or support columns that must make constant adjustments for weather and wear to endure.

The tensile strength of concrete has been enhanced since Roman times with additions to the chemical mix. In 1849, just twenty-five years after the patenting of Portland Cement, Joseph Monier, a Parisian pot-maker, invented reinforced concrete. Monier received a patent for his method of adding steel bars or mesh to concrete before it hardens, which brought about yet another innovation in modern building techniques and improved the tensile strength of concrete. Reinforced Concrete is still widely used today in a multitude of projects, from skyscrapers, dams, war memorials, bridges, and highways.

The future of concrete

Now that you know what concrete is, you should also know what it’s in the process of becoming. Many new forms of the ancient mixture are being developed and increasingly used in construction today. One of most exciting improvements to concrete in recent years is the development of pervious concrete.

Also known as porous pavement, pervious concrete holds qualities opposite to traditional concrete in that its particles are so large they allow water to seep all the way through them. Rather than repelling water and causing urban flooding after a rain like impervious concrete does, pervious concrete allows natural run-off and ground absorption of the water. Together with the promise of driverless cars, pervious concrete could bring about significant changes to driving conditions in the near future. Also, self-repairing concrete is definitely something to watch.

No matter what you call it, though, the world as we know it would not exist without the discovery and use of concrete. It’s in our buildings, our cities, and our highways. It’s the very bedrock of our civilization and is contained in most everything we look at, live and work in, and drive on.