The Science of Conveyor Belt Design

by EcoBosh
in Inventions
A A 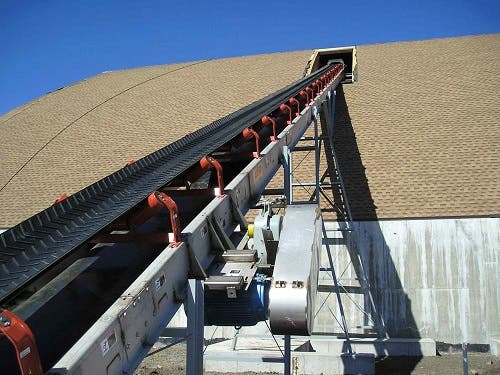 Conveyor belts are a near ubiquitous facet of life in the developed world. Whether one finds them in our factories and airports, or in smaller commercial applications such as in the local sushi bar or escalators at the mall, they are an integral part of our technological society. With such widespread usage of the technology fueled by great conveyor designers such as UPM Conveyors innovating and producing more and more intricate designs for modern application, have you ever stopped to ponder “how exactly do conveyor belts work anyway?”

Whilst the exact origin of the recognizable conveyor belt is a matter of debate, early forms of the technology were definitely in use by the beginning of the 19th century. The earliest conveyors were constructed of a simple belt of leather, canvas, or rubber that moved over a wooden bed, and generally were used to transport bulk materials such as grain over short distances. The British Navy began using steam operated belts for their kitchens in 1804, however this technology remained relatively unchanged until the end of the 1800’s when conveyor belts became adapted for industrial uses.

In 1892 a conveyor belt was designed that was better suited to handling raw materials such as coal and ores. In 1901 the first conveyor belts began to be constructed out of steel, which allowed them to handle the greater stress demands of industrial use, and four years later the conveyor belt was implemented for underground mining. From that point on, the conveyor belt found itself being adapted to a wide variety of uses throughout all strata of society until taking its familiar modern form with the introduction of synthetic fabrics in the mid 20th century. 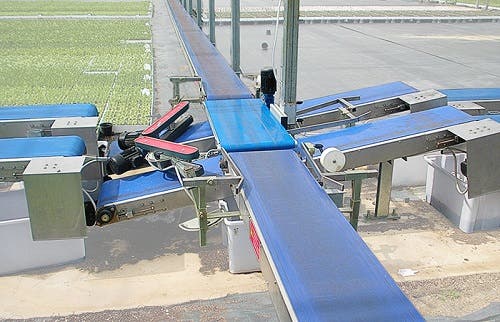 The strength and versatility of conveyor belt design is in its simplicity. A conveyor belt is in essence just a wide strip of a rough material like rubber, leather, or various synthetic compounds that is stretched around the length of a surface in a loop. The loop is attached to spinning wheels, or rotors, that are powered by motors which cause them to spin in the desired direction. The friction between the surface of the rotors and the surface of the belt creates energy that propels the belt and its load forward. If the belt is required to make a turn along its route, cone shaped rotors are used whose angle allows the belt to continue along in the new direction. 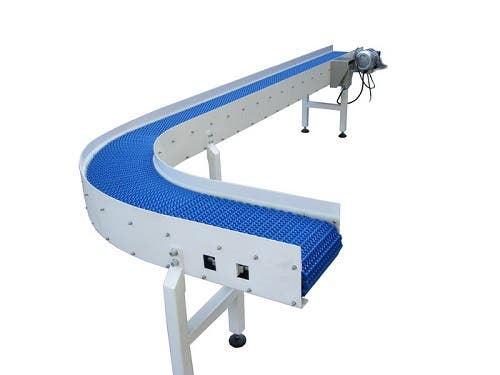 Various adaptations to this basic design framework have proved the conveyor belt has extreme usefulness in almost any transport application. In settings which see heavy use and substantial weights, the smooth metal surface is replaced by a series of metal rollers. These rollers distribute the weight between themselves, which prevents the heavy weight from creating enough friction to stop the belt. Even vertical ascent is possible through the use of conveyor belts placed face to face tightly enough to contain the object. This so-called sandwich belt is designed so that the two belts move upward at the same speed, and their surfaces create enough friction upon their load to allow it to travel up its length.

This relatively simple technology is behind most of the marvels of modern life, and its importance to commerce and industry is simply undeniable. Even this article owes itself in many ways to the power of conveyor belts, from the mining and refining of raw materials, to the assembly of the computer it was written on, to the construction and maintenance of the power utilities and internet servers that allow it to be shared. Next time you find yourself in the grocery store, or on a moving walkway in the airport, you should take a moment and appreciate the importance that conveyor belts play in your everyday life.

Hello im Jay Love my Ecology and Nature. Like to write and spend time in the great outdoors looking forward to travelling and I also love to spin Fire!