HYDERABAD(South India),Jan 22: A group of scientists belonging to three developing countries – India, Thailand and Tanzania – is trying to find out the ideal variety of the ‘bitter gourd’ (Karela) that is believed to check diabetes from ancient times.

They are studying 10 hybrids of the Indian bitter gourd by analyzing the  germplasm and chemical constituents, particularly momordicin, in Hyderabad(Andhra Pradesh-India), Arusha(Tanzania) and Bangkok(Thailand).

The Asian Vegetable Research and Development Centre has sponsord the research which, apart from the Indian hybrids, would study 10 hybrids from Thailand, according to a report from Tanzania’s The Citizen.

“We are screening germplasm and will be selecting the best varieties high in anti-diabetic compounds as well as those with good horticulture traits,” a senior scientist associated with the project said.

The scientists are keen to find out whether Karela really fights the diabetes as it has been widely used in India for generations and mentioned in ancient Ayurvedic texts.

With India recording the highest rate of diabetes in the world, the researchers had chosen Hyderabad as for the ‘project bitter gourd’ as it has reportedly emerged the diabetes capital of the country.

People believe that the vegetable grown in the backyard these days has lost its anti-diabetic properties with the cultivation of a series of hybrid varieties for commercial purpose. This could be felt as the commercial variety is short of the original bitterness and pungency as against the original fruit.

They try to identify which of the 10 hybrids has the higher content of the anti-diabetic chemical – momordicin available in these countries, besides finding ways to increase the bioactive compounds to make it more effective.  The fruit also contains charantin, lectin and gurmarin.

The World Health Organisation (WHO) says that the number of people with diabetes is expected to rise from 177 million today to 370 million in 2030, and 76 per cent of them will be living in the developing countries.

The UN agency warns that diabetes will become one of the world’s main disablers and killers in the next 25 years.

According to an Indian heart expert, Dr Pujar Suresh, many people in Tanzania are at risk of getting diabetes and high blood pressure due to their poor diets.

In 2009, he examined 200 people at the Regency Medical Centre in Dar es Salaam and noted that many patients were overweight with a risk of diabetes. 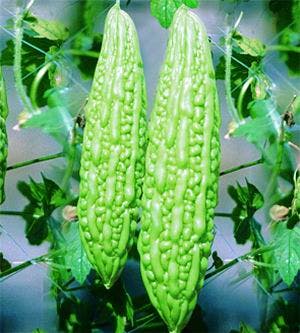 The Tanzania Diabetic Association (TDA) has it in a recent report said that the rate of prevalence of the disease doubled two years ago as compared to the situation 10 year ago. The increase is more than six per cent on adult population living in towns. In 2005, it was estimated that there were about 500,000 people, who were diabetic.

Karela, more commonly known as bitter melon, is known worldwide for its miraculous medicinal properties. It is a natural wonder that has proven to be very beneficial for people with a number of diseases, particularly diabetes.
Despite its medicinal value, the Denmark-based World Diabetes Foundation (WDF) does not support or promote the use of bitter gourd for health purposes or funds research projects, its communications manager Jamal Butt told ‘Insight’.

“The World Diabetes Foundation is dedicated to the prevention and awareness of diabetes in the developing countries. We are a funding agency that supports projects through implementing partners in improving access to care and advocacy work,” he said.

“We do not engage in alternative medicines and operational research as such and linking to traditional medicines etc,” he added.

Karela supposedly stimulates insulin secretion metabolizing glucose in our body as it activates pancreas and bile to absorb and secrete juices properly.

It also helps in the digestion of carbohydrate, which is retained in the body as sugar. Karela is supposedly good in lowering the body’s blood sugar level.

As the herbal treatment for diabetes and its  side effects still have to be scientifically proven, bitter gourd has been used as a supplement and not the ultimate cure on a use it alone basis.  //EOM//