The Spring equinox was yesterday, 20th March; despite what your average witch will tell you, there is nothing special about the spring (or vernal) equinox, aside from the fact that on this day the Earth’s axis is paralel, compared to the Sun, meaning that it is neither inclined towards the Sun or away from it. 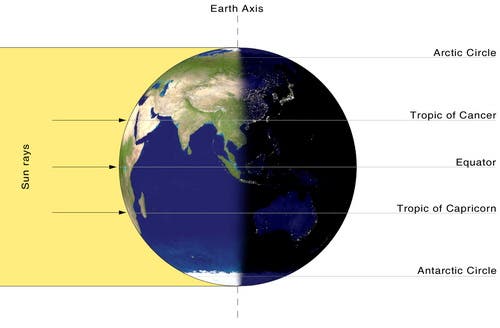 The term equinox comes from Latin, and it means “equal night”, because during it, the night and day are approximately of the same length; if we were to speak more precisely, at equal latitudes but in different hemisphere the night lasts just as long (at latitude L and -L).