Four things Jules Verne got right and four he didn’t

He wasn't always right -- but he was pretty close.

by Mihai Andrei
in Feature Post, Science, Science ABC
A A

Jules Verne is often hailed as the father of science fiction. His unique style is known throughout the world, as he is the second most-translated author after Agatha Christie. He wrote about space, shooting manned projectiles into space, underwater travel, and air travel before any real steps were made, scientifically, in these fields.

Even today, scientists are amazed at how well he predicted certain things; but he was just a man, and some of his predictions never even came close to reality. So let’s take a look at some of the things this amazing Frenchman wrote about, and whether he was onto something or not. 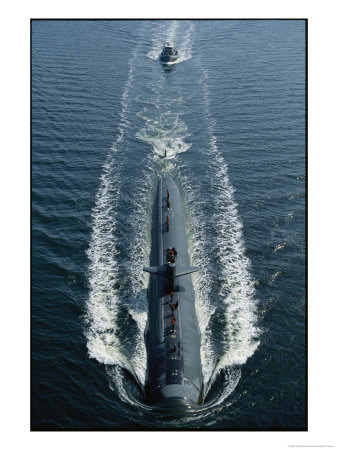 Twenty Thousand Leagues Under the Sea is truly a classic novel. The book chronicles the adventures of Captain Nemo and his submarine, Nautilus. A league is a unit of measurement for distance, and the French league (to which Jules Verne refers) was standardized at 4 km. The ‘twenty thousand leagues’ in the title refer not to the depth, but the distance which the submarine has covered beneath the waves. Captain Nemo’s name is a subtle reference to the Odyssey, and it’s Latin for “no man” or “nobody”.

It’s perhaps Jules Verne’s most well-known work, and the fact that his writing inspired inventors to pursue this idea is simply amazing. Twenty Thousand Leagues Under the Sea was first published in 1870. The first submarine ever launched that did not rely on human muscle for propulsion was the French Navy submarine Plongeur, launched in 1863. The Plongeur was powered by compressed air and was about as fast and maneuverable underwater as a soggy brick. However, refinements to the submarine design — likely driven, at least in part, by Verne’s depiction of Nautilus — would make it into the fearsome, stealthy weapon of today. 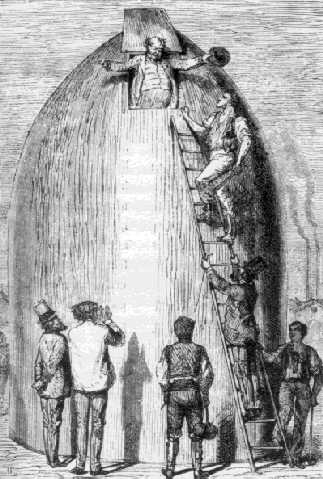 In his humorous From the Earth to the Moon, published in 1865, Jules Verne describes a crew of three people who launch themselves, in a gun-fired projectile, to the Moon.

Looking back on the book with the benefit of hindsight, it’s amazing to see how many similarities there are between Verne’s ideas and the Apollo 11 mission, which actually did put a man on the moon. Also, it’s worth mentioning that he made some calculations that he mentions in the book, which are amazingly accurate for a time when nobody had even considered this. The dimensions of his projectile are very close to those of Apollo 1, and both crews consisted of 3 people. Also, the name of his canon was the Columbiad, while the command module for the American mission was called Columbia, and his projectile also launched from Florida, where all the Apollo missions were launched. The people were then returned by parachuting in the sea, which was also surprisingly accurate.

Some say that Verne’s books inspired later forays into space, others that he simply thought of the most practical solutions to the problems both ‘missions’ would face. Whichever may be the case, they do show what a brilliant and imaginative man Verne was — and how astonishingly close to the mark his ideas fell. 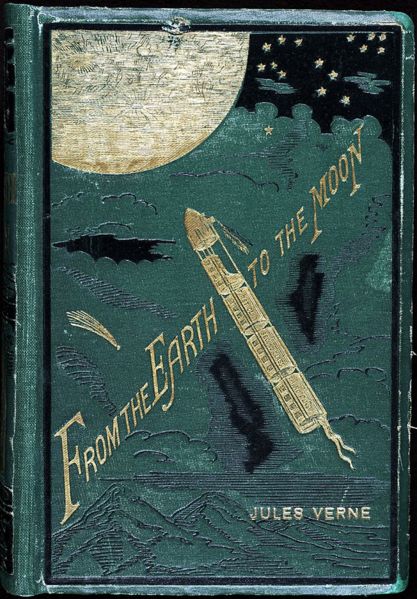 By this point, however, it has to be said: while Verne was very accurate on some elements, particularly considering when he penned From the Earth to the Moon and the knowledge available at that time, he was pretty wrong on others.

A gun similar to that shown in the book would have to be extremely long to actually launch a projectile all the way to the moon. And that gives rise to its own set of problems. A canon as long as the Eiffel Tower, for example, could create about 1000g of acceleration. One ‘g’ is the speed with which the Earth’s gravity accelerates you downward — about 9.8 m/s^2 (m/s^2 is the unit of measure for acceleration). In other words, being subjected to one g means that your velocity increases by 9.8 meters per second every second you are under the effect of the force accelerating you. That’s roughly 35 kilometers / 22 miles per hour for each second that elapses.

Acceleration, however, works both ways — it can be negative. If you’re riding in a car at 35 kph and your brakes can slow it down at 1g, you can stop the car fully in one second — and experience 1 g of deceleration. If you’ve ever had to break suddenly, you know what that feels like, even at a speed of only 35 kilometers / 22 miles per hour. That feeling of you lurching forward in the chair while your internal organs are being pulled along is what one ‘g’ feels like. Verne’s gun, however, would apply one thousand times that force to its crew — instantly.

The human body doesn’t have even the slightest chance to resist that kind of acceleration. The record for most g’s endured by a human being belongs to John Stapp, who was subjected to 46.2 g for 1.1s during tests in 1954. The gun would simply turn the people inside the space-faring projectiles into pink goo when fired. Sorry, crew.

So people looking to get into space had to find a better solution. And they did. 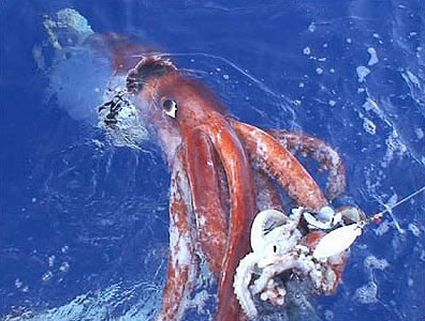 In several of his novels, Jules Verne speaks about giant squids, which are especially fond of the colder areas of the Earth. The Colossal Squid is believed to reach 12-14 meters, with the largest specimen ever retrieved being 10 meters long (however, beaks found independently of this squid are way bigger than the one this specimen sports). It’s the largest known invertebrate and it has the largest eyes in the animal kingdom.

While in reality there have been very few cases in which these leviathans have been spotted — pretty much all of them at significant depths — these squids are even bigger and more aggressive in the books.

Going to the center of the Earth – Wrong

Perhaps his most well-known work, it’s also arguably one of the most flawed of his creations (from a scientific point of view that is; as science fiction, it’s absolutely brilliant). It speaks about the adventures of a professor who leads his nephew and hired guide down a volcano in Iceland, to come out in Italy. As they went lower and lower, the living organisms they encountered resembled the geological time; as the layers of rocks got older and older, the animals get more and more ancient.

The purchase of the North Pole – Wrong (for now)

In the novel with the same name, Jules Verne writes about people from the same club as those who were trying to get to the moon also trying to buy the North Pole, in order to get access to its natural coal resources. Today, the political situation is a bit different. The North Pole is surrounded by Russia, the United States (via Alaska), Canada, Norway, and Denmark (via Greenland), but they are limited to a 200-nautical-mile area around their coasts, and the rest is administered by the International Seabed Authority.

The jukebox and holograph – Right

That’s right, he anticipated these too. In The Carpathian Castle, some villagers are terrified of a certain castle, from which they can hear voices and see shapes being projected. An intrigued visitor decides to see what is happening, and he finds out that they were hearing recorded sounds and holographic images.