Science ABC – how were the pyramids built?

by Mihai Andrei
in Anthropology, Archaeology, Science ABC
A A 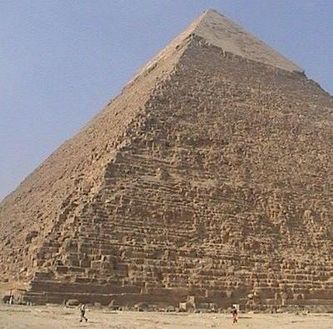 I’ve always been fascinated by pyramids; the Egyptians, the Aztecs, Mayans were three very different cultures and civilizations, from different parts of the world but they were all fascinated by this tipe of ‘building’. What is it that made them almost fanatical about building pyramids? Is it the geometric perfection of the structure? Or did they consider it a stairway to heaven, a pathway towards the gods? Or was it a way to prove the superiority over other cultures? Whatever it was, there’s something fascinating about these structures, and the Egyptian ones are by far the most fascinating. Recently, Penn State University published some material about how these pyramids were built; the Egyptian ones were the most surprising, as the Mayan and Aztec ones were built in steps with a flap top. They probably chose this design because of their solar religion. he Egyptian sun god Ra, considered the father of all pharaohs, was said to have created himself from a pyramid-shaped mound of earth before creating all other gods. The pyramid’s shape is thought to have symbolized the sun’s rays. Donald Redford, professor of Classics and ancient Mediterranean studies at Penn State explains:

“The Egyptians began using the pyramid form shortly after 2700 B.C., and the great heyday of constructing them for royalty extended for about a thousand years, until about 1700 B.C. The first pyramid was built by King Djoser during Egypt’s Third Dynasty. His architect, Imohtep, created a step pyramid by stacking six mastabas, rectangular buildings of the sort in which earlier kings had been buried. The largest and most well-known pyramids in Egypt are the Pyramids at Giza, including the Great Pyramid of Giza designed for Pharaoh Khufu. For centuries, people have theorized how the great pyramids were built. Some have suggested that they must have been constructed by extraterrestrials, while others believe the Egyptians possessed a technology that has been lost through the ages.”

But the process was not as colosal as many believe. It just involved geometry, a great organization, many people and hard hard work. Estimates suggest that between 20,000 and 30,000 laborers were needed to build the Great Pyramid at Giza in less than 23 years. By comparison, Notre Dame Cathedral in Paris took almost 200 years to complete. When answering to skepticism about how such heavy stones could have been moved without machinery, Redford says:

“I usually show the skeptic a picture of 20 of my workers at an archaeological dig site pulling up a two-and-a-half ton granite block.” He added, “I know it’s possible because I was on the ropes too.”

A big round of applause for the Egyptians, please, they’ve earned it!