Crown Shyness – Trees can shy away too!

Crown shyness is a phenomenon observed in some tree species, in which the crowns of fully stocked trees do not touch each other, forming a canopy with channel-like gaps.

by Keerthi Vasan
Reading Time: 3 mins read
A A

Crown shyness is a phenomenon observed in some tree species, in which the crowns of fully stocked trees do not touch each other, forming a canopy with channel-like gaps. 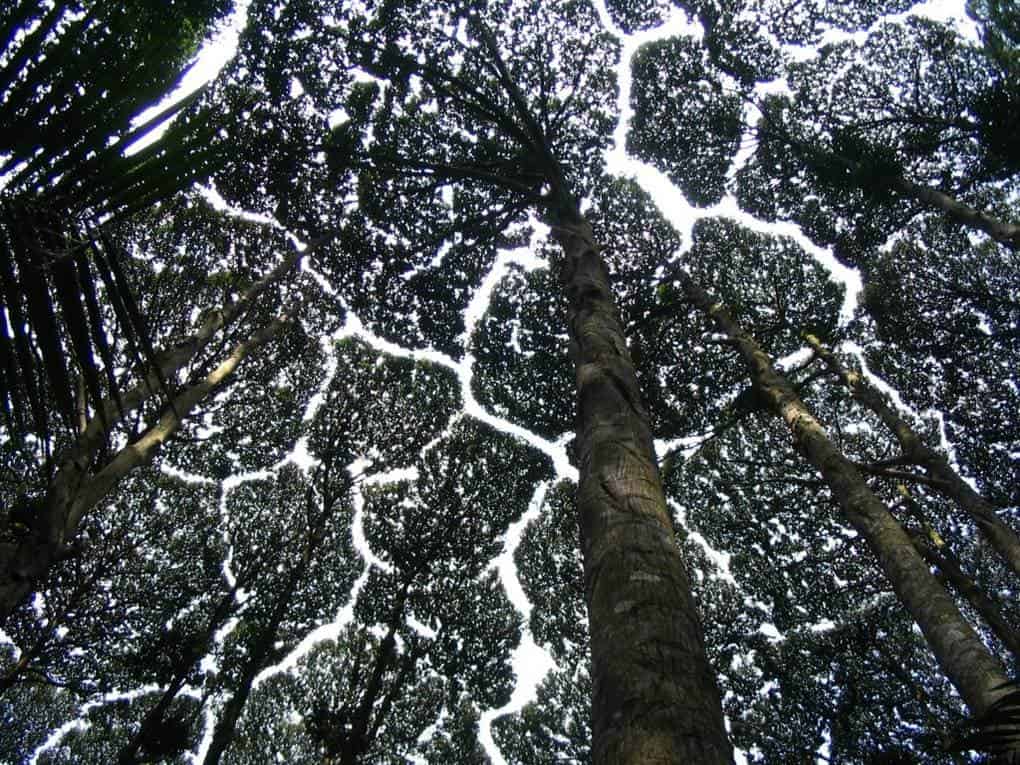 Well, scientists are not certain what causes these remarkable patterns. But some theories have been proposed since the 1900’s to explain the phenomenon. 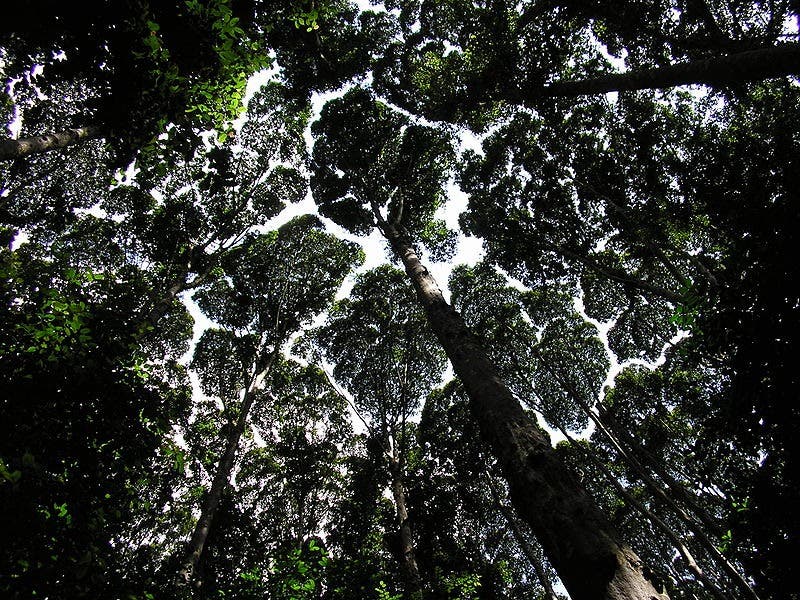 Since most of the trees are tall, slender and typically found in high wind areas, crown shyness is thought to prevent them from bumping into one another and abrading each other. The leading shoots get dispatched as an aftermath of the abrasion.

This was proven experimentally too. Scientists artificially prevented the trees from colliding in the wind and found out that they inturn fill the canopy gaps! 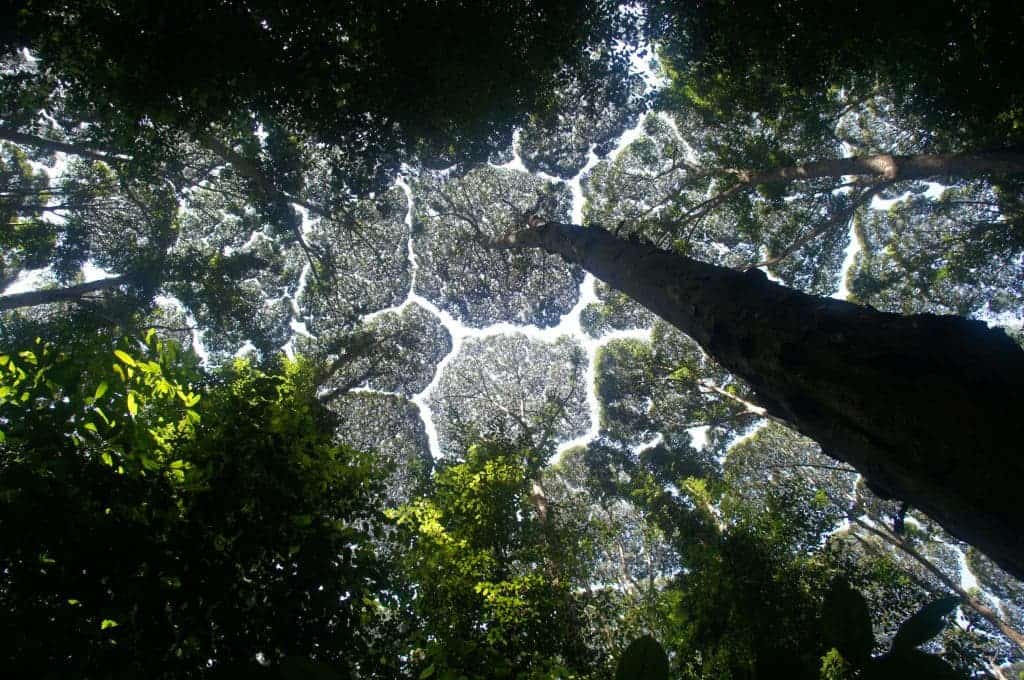 But studies done on the Camphor tree found no evidence of abrasions. Instead, it was suggested that the leading tips were sensitive to light. Ergo, fewer buds developed in regions that were already dense or where the crowns of different trees met. This curbed the development of shoots in regions that already were populous.

Where would you find these species? Well, Crown shyness is not an exclusive phenomenon that occurs only in a country/region, it’s universal and  has been reported in various parts around the world. 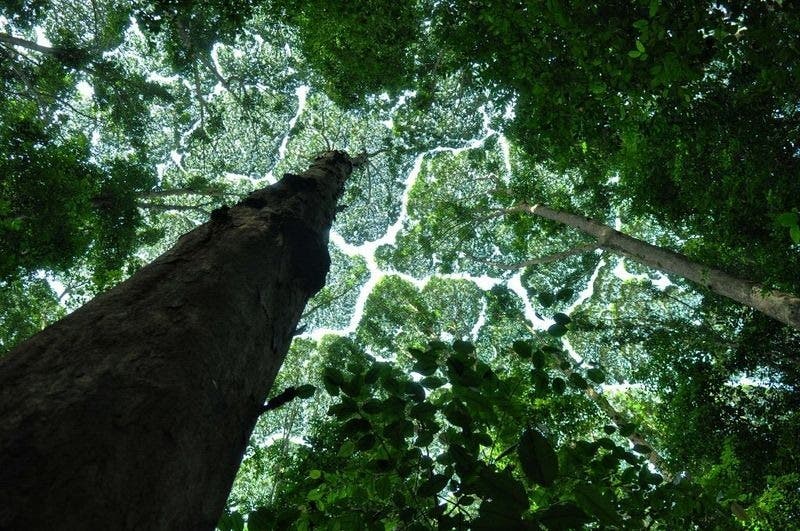 With over 100 years of research into this phenomenon, we are yet to truely uncover the mechanism of Crown Shyness. Although it is not for the lack of trying, we seem to be missing a conjoining piece that connects all the pieces together.

Look deep into Nature, and you will understand everything

As we further our understanding about the world that we dwell in, we will hopefully be able to unravel the mysteries that underly baffling phenomena of nature such as Crown Shyness and appreciate nature better.