An interesting fact: Male fertility is in the bones

by vlad
in Anatomy, Discoveries, Science ABC, Shorties, Studies
Reading Time: 2 mins read
A A
Share on FacebookShare on TwitterSubmit to Reddit 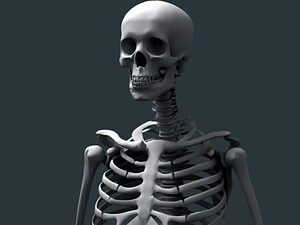 The researchers of the Columbia University Medical Center discovered a nice revealed a nice little nugget of information that will probably astonish most of our male (and probably female) readers. The male fertility is determined partially by the bones.

How exactly does this work and how does this effect us? Well, they’ve discovered that the skeleton in male mice acts as a regulator through a hormone released by bone, known as osteocalcin.

Until recently, the only interactions that we were aware of between the bone and the reproductive system was focused in a huge part on the influence of gonads on the build-up of bone mass.

What’s stunning however, is that although this exchange between the bone and the rate of fertility was mainly based on estrogen, researchers did not find any effect on females. When asked why, they did not elaborate on this.

“We do not know why the skeleton regulates male fertility, and not female. However, if you want to propagate the species, it’s probably easier to do this by facilitating the reproductive ability of males,”

“This is the only rationale I can think of to explain why osteocalcin regulates reproduction in male and not in female mice.” said Dr. Karsenty.

In simpler words, the researchers at the Columbia University Medical Center have no idea why this doesn’t effect females, but I suddenly feel the urge to keep my bones healthy. After all, the DNA in rats is surprisingly similar to ours.